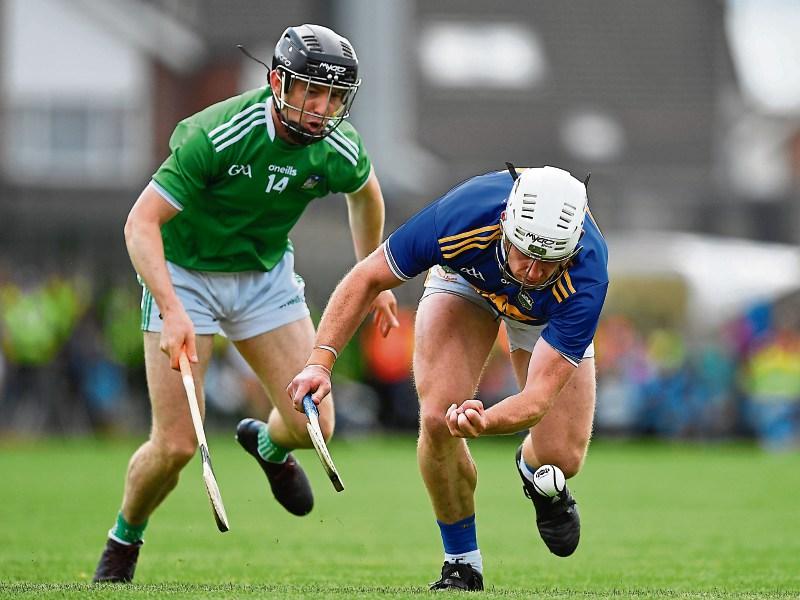 Last Sunday will forever live in my memory. The day that Limerick secured the Munster hurling title but also the day that all three hurling cups rest in the County for the first time since the 1930’s.

We are watching the greatest modern day group of players that ever represented this county. The quality of their performance had Tipperary burning oil long before the final whistle. They were simply outstanding and while the final margin was significant it could well have been a great deal more.

Tipperary started the game well but once Limerick came to terms with them they had very little to offer. Limerick rolled off scores, they flashed the ball in tight spaces and with cutting precision they hurled Tipperary with every puck.

As much as Tipperary tried they were unable to match what Limerick had to offer. In every aspect Limerick were better and with this performance they are now hot favourites to win back to back titles.

Days like last Sunday will cast a spell over Limerick hurling and it will help in the development of young players in the years ahead. The day established the ideal foundation when the minors were also impressive and comprehensive winners against Clare. Days like this are rare but we are experiencing history in our time.

More than 25,000 Limerick supporters attended and at games end it looked like all of them had made their way onto the pitch.

Such moments are indeed special. Just like the team they had energy and a huge amount of passion. Power, pace and ability saw Limerick outclass Tipperary when they got in full motion. Yes, Tipperary worked hard but they struggled to contain the movement of Limerick.

It was hard to understand why Tipperary were going short with their puck outs in the first half when powered by a strong wind.

For spells the Limerick half backline were asked some questions. The game changed in Limerick’s favour after the Tipperary goal by Seamus Callanan. It was like a wake up call for Limerick.

They followed with some fine points and when the brilliant Peter Casey finished to the net after a calculated pass from Gillane.

Casey showed his class and was well deserving of Man of the Match. His score had a serious impact on Tipperary and they never recovered from it. Limerick had a number of goal chances that weren’t taken in the first half but it was clear Tipperary were in real trouble.

Limerick raised their performance to a level that Tipperary were unable to match. Try as they did to fill pot holes in the second half Tipperary were always fire fighting.

For the entire game Gearoid Hegarty was so impressive for Limerick. He worked so hard. The same could be said of Tom Morrissey and Kyle Hayes. The Kildimo-Pallaskenry player took punishment but he was also able to give it.

His goal showed his calibre to operate under serious pressure. Tipperary moved Brendan Maher to the full back line at the start of the game to pick up Aaron Gillane and while he enjoyed some success Gillane kept more than Maher busy.

Limerick had leaders in every line but I was really impressed by William O’Donoghue. This young man had a difficult start to the year with injury but since his return he has been fantastic.

He has really complimented Cian Lynch. O’Donoughe worked hard up and down the field and many of his labours might have gone unnoticed. He was superb in this game and together with Lynch they blew Tipperary away in this part of the pitch. The work rate of the entire team was immense. Tipperary tried to stand them up on many occasions but it didn’t happen.

Limerick forged forward with conviction and as the game wore on Tipperary had no more to give. Limerick were like the Shannon in full flow, they carried Tipperary away and cast them to the side. This was a crushing defeat for Tipperary and they might not recover from it.

Within twenty minutes of the second half Limerick had outscored Tipperary 1-8 to 0-4. Nickie Quaid somehow saved from Seamus Callanan in the 57th minute and Limerick landed the next seven points without reply.

There was so many positives about this win. The team management have made all of the right calls and they have created a very competitive environment now within the team.

I was particularly pleased to see Barry Nash see some action. They have been working hard to develop him into a half back and he certainly showed his hunger when introduced. His point was sparkling and this player is ready to play a serious part going forward.

Of all the subs Nash was the most impressive but in reality the game was very much in control when they came in.

Limerick outscored Tipperary 1-15 to 1-5 in the second half. Tipperary failed to score between the 53rd and 73rd minute. More telling is that Nickie Quaid didn’t puck out the ball from the 54th to the 73rd minute. That really tells the story of this match. Limerick clearly on top and out of sight before the finish line.

Prior to the game we all understood the potential of the Tipperary full forward line but as a unit they were never allowed function. English, Casey and Finn were superb.

They read the play and used the ball with great efficiency and as a unit they have become the most complete full backline in the country.

Limerick showed they have a serious cutting edge, good teams are ruthless and I liked how Limerick finished this game.

I wrote before about the ambition of this team and how they want to create their own history and that they are doing.

Unlike the group that won three U21 titles in a row these guys understand the requirements to play and win at the highest level. Having a good team is one thing but John Kiely and Paul Kinnerk are setting standards that have never been seen before.

The have developed a team with such potential. We have still to see the best of what they have to offer. Right now they are a couple of hours away from winning back to back titles and the prospect of that makes the heart move faster.

Limerick have a base of players never before seen in the county. Regardless of what way it comes this team can mix it, they have developed a game style matched by a high level of skill and others are finding this very hard to match.

One game at the time

This hurling year still has the ability for a surprise and while I am really confident about our team I would like to take it one game at a time.

Some supporters were booking hotels for August but I would prefer to get the semi final out of the way first. If Limerick carry the form they showed last Sunday to Croke Park then they will not be beaten but previous winners of the Munster final have failed to do so over the last ten years.

This team know the challenges, they are the most focused team ever to wear the Limerick jersey. They have targets and together with the management they will achieve them. They have set the perfect foundation to win back to back titles and it will take a great team to stop them.

Finally, it was great to see the minor hurlers make last Sunday a double. The team were a good bit ahead of Clare and without doubt the most impressive team in Munster this year. Winning at this level plays a key part in player development and I would expect to see some of this team at senior level in the future. Cathal O’Neill was once again in top form and this young man has a really bright future. Limerick seniors and minors in Croke Park on the same day now that’s progress.