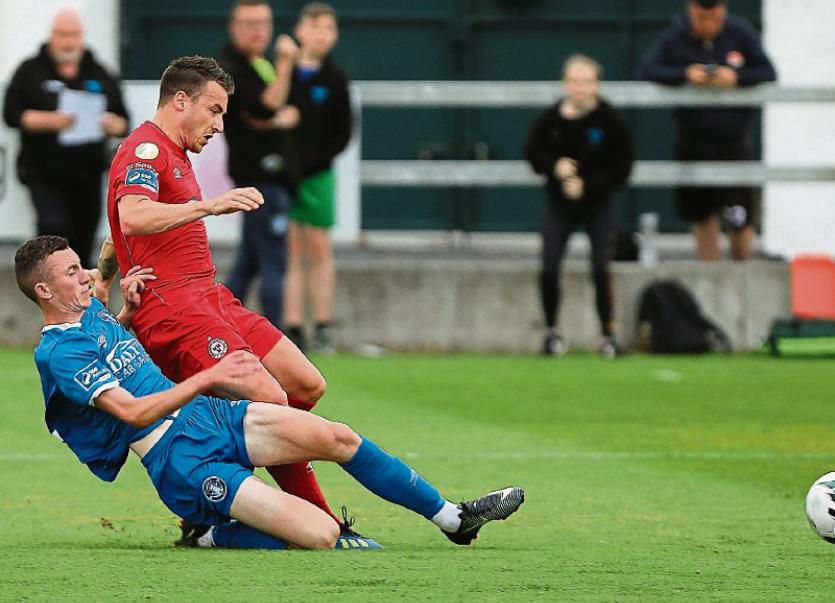 LIMERICK FC are back in action in the SSE Airtricity League First Division at the Markets Field this Friday amid speculation that three more key squad members are set to depart the club. Limerick FCs Irish U21 international Will Fitzgerald, who has just returned to action following a long-term injury, is expected to finalise a move to a Premier Division outfit this week, while Killian Brouder and Colm Walsh-O’Loghlen saw their deals with the Blues run out on June 30.

The news comes off the back of the ‘Blues’ losing top scorer Connor Ellis, who left the club by 'mutual consent' last week.

Limerick dropped to fifth place in the table in the wake of a frustrating 1-0 defeat to high-flying Shelbourne at the Markets Field on Friday.

The loss saw Limerick lose their unbeaten home record at the Garryowen venue this season. Manager Barrett introduced Clyde O'Connell, who has joined the club from local junior side Regional Utd, as a second half substitute against Shelbourne on Friday.

Limerick missed out on a gilt-edged opportunity to take the lead in the game with Darren Murphy’s penalty attempt flew high over the crossbar. The Blues then fell behind following a rare mistake from goalkeeper Jack Brady.

Asked about the possibility of some more players departing the club during the summer transfer window, Barrett said: “I am not sure yet (if more will leave). We might lose a couple. That would be disappointing, but there is not much we can do about it.

“Some younger lads might feel that they need more gametime .”

Friday night’s game with league leaders, Shels’ marked the start of a really difficult run of fixtures in the league for Limerick who face the top three sides in the next four league games.

The ‘Blues’ host face second-placed Longford Town at the Markets Field this Friday, July 5, at 7.45pm, before an away tie with Bray Wanderers and a home date against Drogheda Utd.

Barrett said: “Going on the performance against Shelbourne we have to be happy with it. Of that group, they maximised themselves, that is all you can ask for.

“We have to be confident and have faith in ourselves. We will try our best and cling onto the coat tails of the sides ahead of us in the table, but even that is going to be difficult. Everyone else in the division is strengthening their squads.