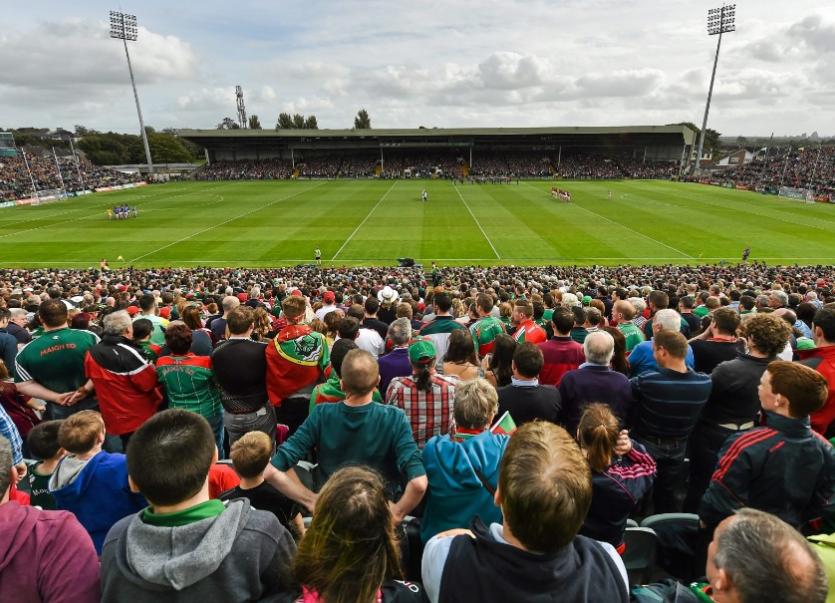 The LIT Gaelic Grounds will host Mayo v Galway on Saturday at 7pm.

The LIT Gaelic Grounds curtain-raiser will be the Connacht Senior Ladies Football Final Replay between Galway and Mayo at 4pm.

A statement confirming the fixture from the GAA said that "Efforts to fix the Galway-Mayo game for a Connacht venue were not feasible as there was no agreement between the counties to toss for home advantage, and there was no other Connacht venue deemed capable of catering for the expected interest in the tie."

"Both counties were consulted and agreed to the Limerick venue which has a capacity of 43,000 with 20,000 seats," said the statement.

Arch-rivals Galway and Mayo will meet in a knockout championship tie for the first time since 1999.

It will be the fourth visit of Mayo to the grounds in recent seasons - in 2014, Mayo lost to Kerry in the replay of the All-Ireland SFC semi final; in the 2017 qualifiers the men in green and red beat Cork, while last year they overcame Limerick.

The boost for the Limerick GAA grounds comes just days after a capacity 44,052 attended the Munster Hurling Final.