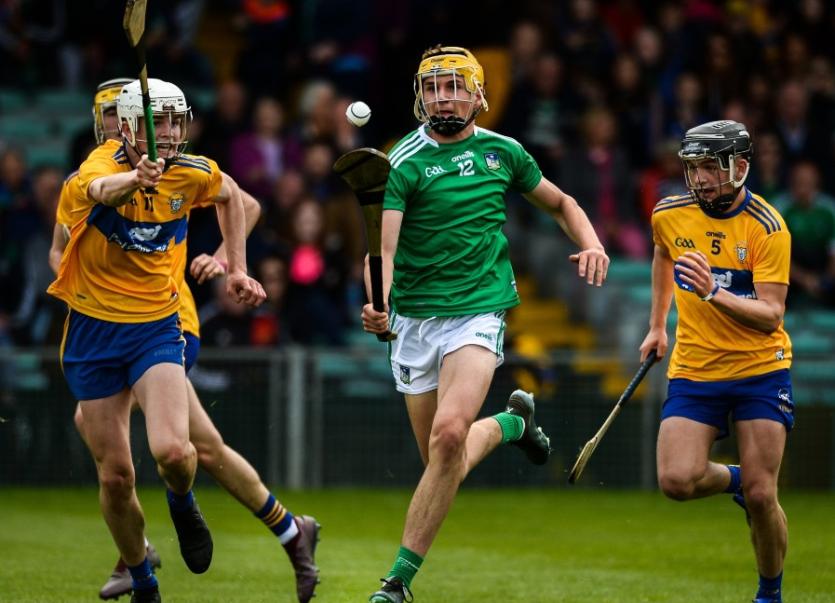 The Adare full back hasn't recovered from his hamstring injury to lead the Limerick U17s into Shannonside decider in the LIT Gaelic Grounds on Sunday (11.30).

In the absence of Keane, Limerick will be captained on the field of play by Cathal O'Neill, who is one of three players remaining in the starting line-up from the side that lost the Munster final to Tipperary last year - Patrick Kirby and Colin Coughlan the other two.

In Sundays' final, there is a first start of the championship for Eddie Stokes and a return after injury for Colin Coughlan, who comes in at wing back after a hand injury.

Stokes, Coughlan and Patrick O'Donovan's inclusion are the three changes from the side that beat Clare in round three.

Limerick have used 22 places in the four game run to the final - the sixth Munster MHC final for the teenagers in green across the last seven years.

As well as two changes from the last outing against Tipperary there are a number of positional switches for the first Limerick-Clare Munster MHC final since 1989.

Victory secures an eighth Munster MHC title for Limerick and a first since 2014 and would advance Limerick directly into a July 27/28 All-Ireland semi final in Croke Park. Defeat would mean the backdoor route - starting with a July 6/7 tie with the beaten Leinster MHC finalist; Kilkenny or Wexford.

Elsewhere, the Clare team shows one changes from the line-up when Sunday's finalists met in the round robin phase - Killian O'Connor replacing Oisin O'Donnell.