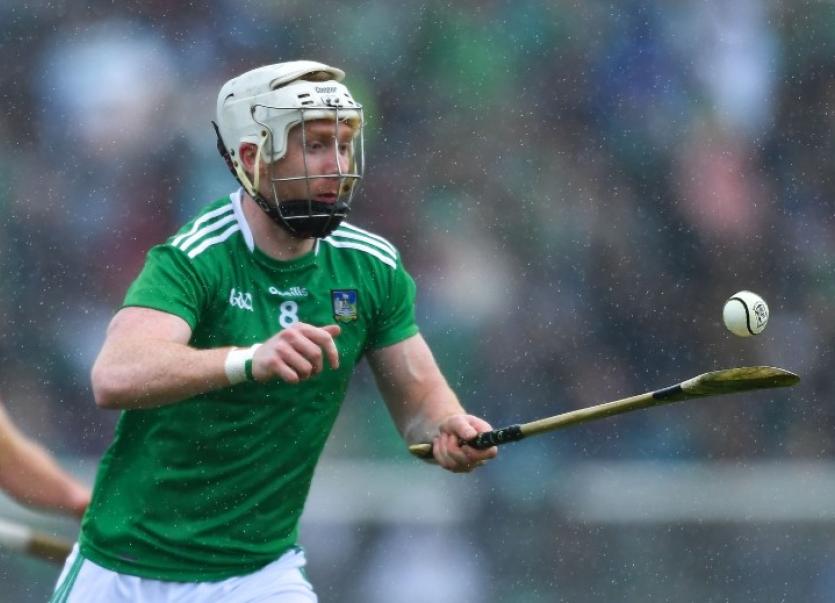 2018 Hurler of the Year Cian Lynch

THERE are four changes to the Limerick team for Sunday's Munster Senior Hurling Championship Final.

As expected there is a return for the four stars that didn't start in the final round group game defeat to Tipperary two weeks ago in Thurles.

Hannon, Mulcahy and goalkeeper Nickie Quaid are set to start their third Munster SHC final and the only three of the starting team to hold winners medals from 2013.

Among those to miss out on a starting role are Darragh O'Donovan, Seamus Flanagan and Paddy O'Loughlin.

It's a Limerick line-up that includes 13 of the side that started the All-Ireland SHC final last August in Croke Park with William O'Donoghue and Peter Casey the duo to break into the winning side.

Goalkeeper Quaid and his full back line trio of Sean Finn, Mike Casey and Richie English are the only four players to have played every minute of Limerick's championship to-date.

Limerick have used 24 players enroute to the provincial final and among this list are Conor Boylan, David Dempsey and Barry Murphy (injured) - none of the trio make Sunday's matchday panel.

Among the 11 substitutes for the decider with Tipperary are five players yet to see championship action this Summer.

Sunday's Munster SHC final has a 2pm start in the LIT Gaelic Grounds and is live on RTE television's The Sunday Game.

Meanwhile, Tipperary have named a team that shows just one change from the Thurles tie two weeks ago - Dan McCormack for Patrick 'Bonnar' Maher.

Injury doubt Cathal Barrett is in the announced team.