Opinion: Jack Nicklaus is my 'GOAT' in golf - Ivan Morris 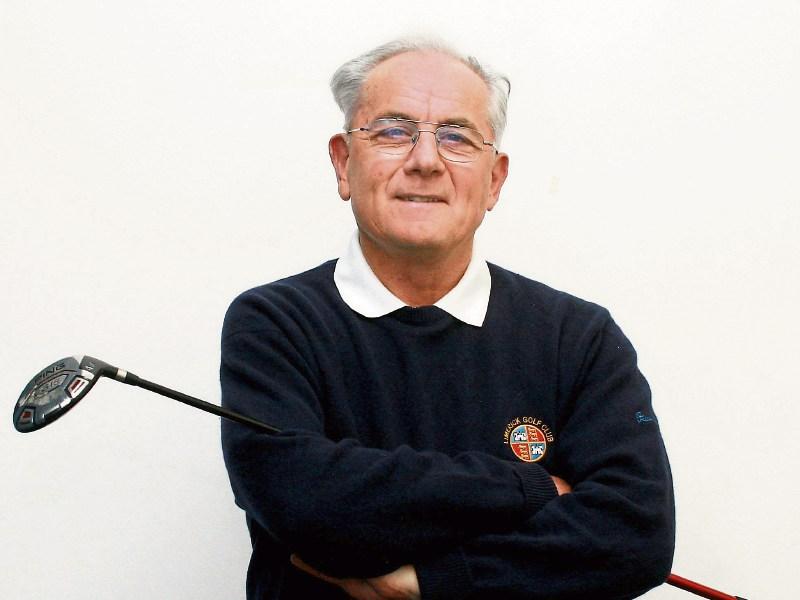 IN the past, I have given hints at whom I think might have been the Greatest Golfer of All Time (aka GOAT) but pulled away from giving a clear vote for one of my declared nominees, Ben Hogan, Jack Nicklaus or Tiger Woods.

That's because it's an impossible question to answer. A champion in one era would always be a champion in any era. The attributes that separate the greatest champions from a field full of dreamers, transcend eras and are unique to very special people of exceptional talent and achievements.

Bobby Jones and Young Tommy Morris have every right to be in the mix too. Young Tommy's career was utterly dominant in a short time span before his life was tragically snuffed out at 24. As much as anyone before or since, YTM changed the way the game is played.

Bobby Jones won four US Opens and three Open (British) Championships as an amateur but it should not be discounted that it may have been a more difficult task to win his five US Amateurs and one British Amateur in a career he voluntarily cut short at the age of 28 in 1930.

Hogan was a master-technician and student of the swing but it is hard to justify placing him on the same level as Nicklaus who won twice as many majors; 9 versus 18. One also must ask: How many more majors would Tiger have won if he hadn't switched coaches so often and hadn't such a long, injury gap in his career?

I had the good fortune to watch Hogan in tournament action. It was an ‘education’.

Somehow, whenever I watched Jack and Tiger, I didn't feel like I learned anything. Hogan was all about controlled precision. Woods and Nicklaus simply rode roughshod over golf courses and opponents.

If the definition of GOAT applies to the person who had the greatest influence in the development of the game, Old Tom Morris of St. Andrews ‘wins’ 'by a country mile. What OTM managed to achieve for golf in his lifetime was incredible and if you don't know the details of OTM's life story, you should read The Colossus of Golf written by David Malcolm and Peter E Crabtree.

Walter Hagen, winner of 11-majors, deserves to be mentioned in this category too. Hagen broke down barriers; made the life of a professional golfer seem glamorous by travelling all over the world propagating the game. Walter even came to Limerick in 1937.

Jack Nicklaus has said that the only golfer he truly feared was Lee Trevino. That's quite an endorsement.

Like Hogan, Trevino always knew exactly where his golf ball was going. As ball strikers, George Knudson, Ian Woosnam, Greg Norman and Christy O'Connor Senior were as good as anybody I have seen but they did not win as many majors as they might have.

BiIly Casper and Bobby Locke were average ball strikers but exceptional putters and serial winners who helped to coin the phrase: drive for show; putt for dough. Peter Thomson was an ace at course management and playing the game ‘efficiently’.

Tom Watson's record of 5 wins on 5 different courses in The Open Championship and very nearly a sixth at 59 years of age at Turnberry 10-years ago might have put him be on the ballot for GOAT too. It was so nearly the greatest golf win of all time on par with Tiger's win at Augusta this year.

Then, there is the question of who had the best golf swing ever? Sam Snead, of course. If Sam had won the US Open just once out of the four times he finished second, he'd be in the frame for GOAT too. Snead still holds the all-time record (82) for the most PGA tournament victories (including 7 majors).

Woods misses a lot of fairways (often badly) but gets away with it. How can you be declared the GOAT and be such a bad driver of the golf ball? Woods is the worst driver of all the greats but he could also be the best iron player.

Good iron play and good driving do not go together. That cut, 3-fairway metal/stock shot from the tee that Tiger played so successfully at Augusta gives up a lot of distance and doesn't work in every situation.

In The 2006 Open at Hoylake, Tiger only used his driver four times in each of his four rounds. That tactic will not work at Royal Portrush in next month's Open Championship. It's a driving iron course!

Does being such a bad driver of the golf ball disqualify Tiger from being considered the GOAT? Probably not, golf has never been about how but how many? If Tiger wins one more PGA tournament he will equal Sam Snead's long-standing, all-time, tournament wins record. Who would bet against that? When it happens, the pro-Tiger clamour will declare him THE GOAT of GOATs but I'm sticking with Jack Nicklaus.

On a lighter note if all of the players mentioned above stood on a tee surrounded by 'jungle' containing every imaginable and conceivable hazard with a driver in hand and were given a 'loan' of a ball that must be handed back or a large fine incurred and, with the instruction to apply full power, the one and only golfer I know for sure who would thread the 'eye of the needle' and give the ball back isn't mentioned. His name is Moe Norman!

If you don't know about Moe, ask me and I'll tell you.