Opinion: Tipperary would like to spoil Limerick's party - Martin Kiely 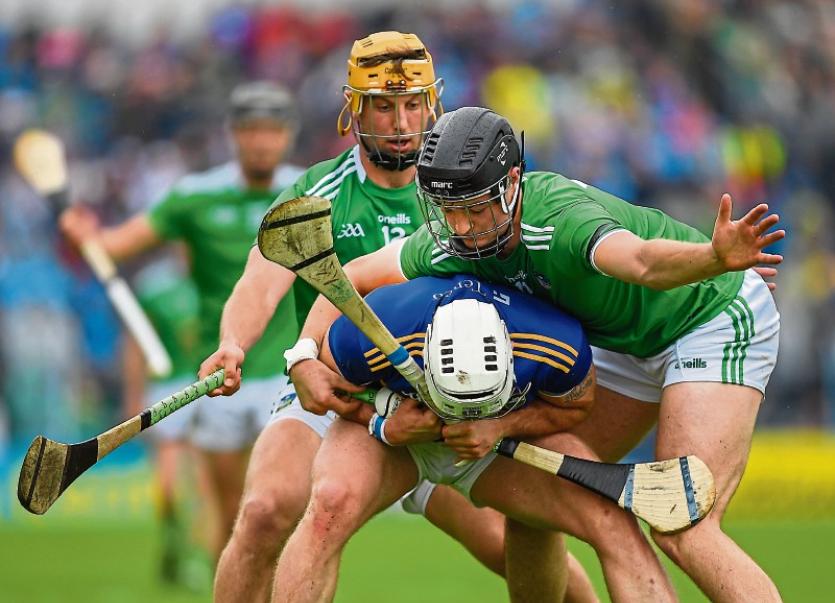 There will be no inch given this weekend as Limerick take on Tipperary in the Munster Final. Martin Kiely admits, these games are different

When Limerick and Tipperary played each other two weeks ago much of the commentary afterwards saw it described as shadow boxing or phoney war. Such terms were particularly directed at Limerick. The teams meet again this Sunday in the Munster final at the Gaelic Grounds and I am pretty sure there will be no suggestion of not trying in this contest.

Limerick and Tipperary have always had massive appeal as a fixture. For as long as I can remember games between the counties always had that bit of magic.

For Limerick to have the Munster final at home has added extra spice to this game and it’s no surprise that the game has captured the imagination and that it’s a sell out.

More importantly this team are looking for their third piece of silverware in the space of a few months. It’s very different times for Limerick hurling, it’s a very special time. Win on Sunday and Limerick are just two games away from doing something that was last achieved in the thirties by winning back to back All-Ireland titles.

The moment I heard that Liam Sheedy was returning as manager of Tipperary I knew that it would be a very different hurling championship in 2019.

Sheedy had previously won the McCarthy Cup in 2010 and surprisingly left the job shortly afterwards. His love of hurling has brought him back to the sideline and his impact has been immediate and impressive.

The team has won all of its games so far in the Munster championship and this has come about because Sheedy has the craft to lift individuals to become a unit.

He is hugely respected in Tipperary and indeed in the GAA in general and it is no surprise to me the impact he has had in just a short few months. Anyone that knows Liam Sheedy will know that he does not like to lose. He is a winner, highly motivated at all times.

The man could get passionate about reading the paper. He has a talent for getting the best from players and this is one of the key reasons Tipperary are back as serious challengers.

At first Liam Sheedy was lukewarm about taking the job. It was felt the job offer was going to someone else. Late in the day Sheedy decided he was going for it. Once he indicated he was interested then no one else had a chance.

A major factor in Sheedy returning was that Teneo would come on as team sponsors. Teneo is owned by Declan Kelly, who, like Sheedy, is from Portroe in North Tipperary.

It was about putting a package of measures together that would see Tipperary well financed and capable of matching any other county. Tipperary did savage training in the early months, they never pulled the plug even during the league. Sheedy wanted them to match what Limerick and others would offer come early summer. I think it’s safe to say now that they have responded well to the hard work and will be a match for any team left in the championship.

The loss of Patrick ‘Bonnar’ Maher is incalculable and is a major blow to Tipperary. He was having a great year, his energy, work rate and ball winning ability will be sorely missed in the Tipperary forward line.

How Sheedy plans without him might have a telling effect on the outcome of the game. Tipperary have some outstanding hurlers and they are certainly playing with greater purpose than they were last year.

The Mahers, McGraths, Callanan and Forde will take minding and these players will bring a challenge to Limerick for sure.

The focus for Sheedy will be to get his key forwards on the ball. They have the ability to ask questions of Limerick and they will want to test them early.

They will want to put direct ball into their full forward line, they will want to get John McGrath, Seamus Callanan and Jason Forde taking on the Limerick defenders. If they get a yard on you they have the class to punish.

From a tactical point of view this game will be very interesting. Tipperary will want to curtail space and reduce the options for Nicky Quaids puck outs. Primary possession is really important in the modern game and teams now place huge importance winning their own puck outs and limiting the opposing team.

The midfield area in the past would have seen much more action, now the players from these positions dart between defence and attack. The contribution the players from this area of the field bring can have a telling impact on the games outcome.

I have heard many differing views suggesting that Limerick didn’t want to be in the Munster final. How true anyone of them might be won't matter now because they have to go out and win this game on home ground on Sunday.

Home advantage, while advantageous, will also create even more pressure.

For John Kiely and Paul Kinnerk it’s about delivering a performance and we know they will have the team humming for this encounter.

Tipperary and Limerick bring the best from each other but Kiely will want his team to go at them early. The Tipperary defence have not really been fully tested in the previous games and it will be very interesting to see how they cope when Hayes, Hegarty and Morrissey go at them.

The battle between the Tipperary half backline and the Limerick half forwards will have a major bearing on the game.

If Brendan, Ronan and Padraic Maher break even then this game could be very close.

Will Cathal Barrett be out? He would be the man of choice to mark Aaron Gillane but who will have that task if Barrett is out.

John Kiely will line out his strongest team in this game. He will have learned a bit more about his bench and know that some of them still have work to do when it comes to taking a starting place on the team.

I still think Limerick will have too much for Tipperary. As a unit Limerick are stronger and have more options to work from. Their bench also has more to offer.

I fully expect Tipperary to bring a huge challenge. They will work hard, the heavy training they did will now be needed. They will have to push up on Limerick, win the dirty ball and if they are successful in this then this match will be won in the last quarter.

History has taught us that games between Limerick and Tipperary can take on a life of their own. I am confident Limerick will win but I know enough about Liam Sheedy that any team he presents must be given huge respect.

Tipperary would like nothing better than to spoil the Limerick party at home. The early stages of this game will see huge intensity and expect a few early bust ups to give us the lie of the land. It has all the ingredients for a close tough game but Limerick will have a bit to spare when the final whistle sounds.