Opinion: Limerick ready to meet the challenge of Tipperary 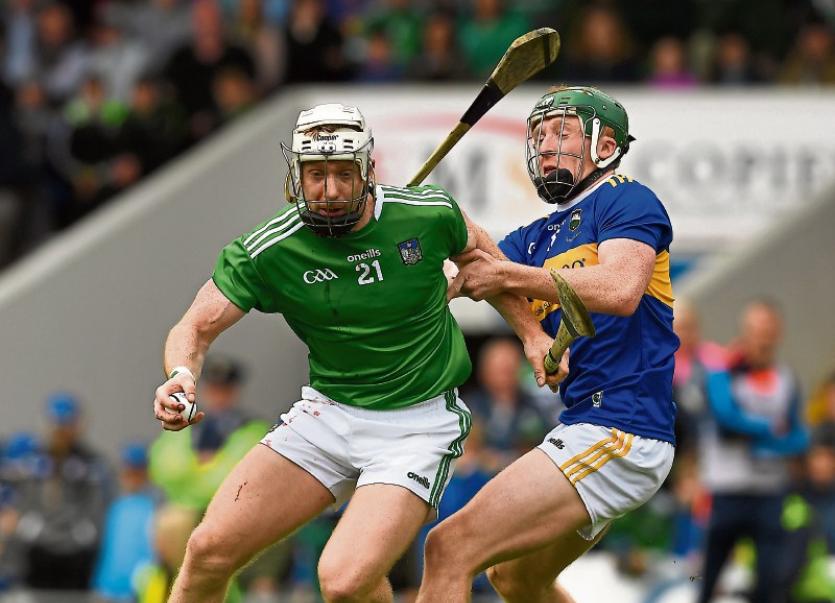 This time its for real: Cian Lynch of Limerick in action against Brendan Maher of Tipperary. The two sides meet on Sunday at 2pm in the Munster Final

ON December 14 last Tipperary lined up at the Caherdavin end of the Gaelic Grounds to afford Limerick a guard of honour in their first competitive fixture since winning the All-Ireland SHC title. It was a well received gesture from Liam Sheedy’s men but the reality is that no sportsman wants to stand applauding the merits of another.

There was little at stake and no pressure – Christmas music over the PA system, Tipperary won that Co-Op Superstores Munster Hurling League match but Santa mattered more to most at that particular time.

None the less it was clear to see that under new management, the men in blue and gold were a refreshed outfit from that which disappointed in 2018.

There is now much at stake and lots of pressure.

And, I think that brings the best out in this Limerick group – they thrive on the big stage, they are hungry for more silverware and love a challenge.

No matter the analysis of two weeks ago in Thurles, Limerick and Tipperary were not at full tilt – most obviously four key components of the Limerick team not selected on the starting team for varying reasons.

“The challenge has been laid at our door,” declared Limerick manager John Kiely after the four point loss to Tipperary in Thurles.

That was the battle cry and a look back across the last 18-months shows that Limerick have always met the challenge.

Making a winning start to the Allianz Hurling League this season was important to ensure the confidence of 2018 continued – Limerick hit the ground running with wins over Wexford, Tipperary and Kilkenny.

The foot then appeared to come off the pedal but nonetheless Limerick reached the knockout stages.

Back in Croke Park and favourites to beat Waterford to claim league honours – the pressure was on and Limerick responded.

Come Munster SHC, Limerick were caught cold, mentally, physically and tactically against Cork. A response was needed and Limerick responded against Waterford and Clare.

On Sunday, the pressure is back on.

Limerick at home in a Munster SHC final is certainly a day to respond to the challenge.

It’s six years since those remarkable scenes in the Gaelic Grounds when Limerick ended a 17 year wait for a Munster title.

While just nine of the current panel were part of that winning set-up, it’s important to remember that 11 of the current senior panel were part of the minor set-up that played in the curtain-raiser back in 2013. Those of the memories that inspire a teenager and many of that minor set-up were first onto the playing surface for the pitch invasion to greet the likes of Declan Hannon, Shane Dowling, Graeme Mulchay and others.

Declan Hannon lifting the Liam MacCarthy Cup in Croke Park last August is a Limerick sporting icon to last a lifetime but what this Sunday offers is a chance for many across Limerick to enjoy what should be another inspiring occasion.

It’s all too easy to take success for granted but Sunday is just the third time across 45 years that Limerick have enjoyed home advantage in a Munster SHC final.

So let’s refresh the green flags this week to ensure Tipperary know they are coming to the home of the All-Ireland champions and on Sunday, let’s make some noise and help the players to meet the challenge.