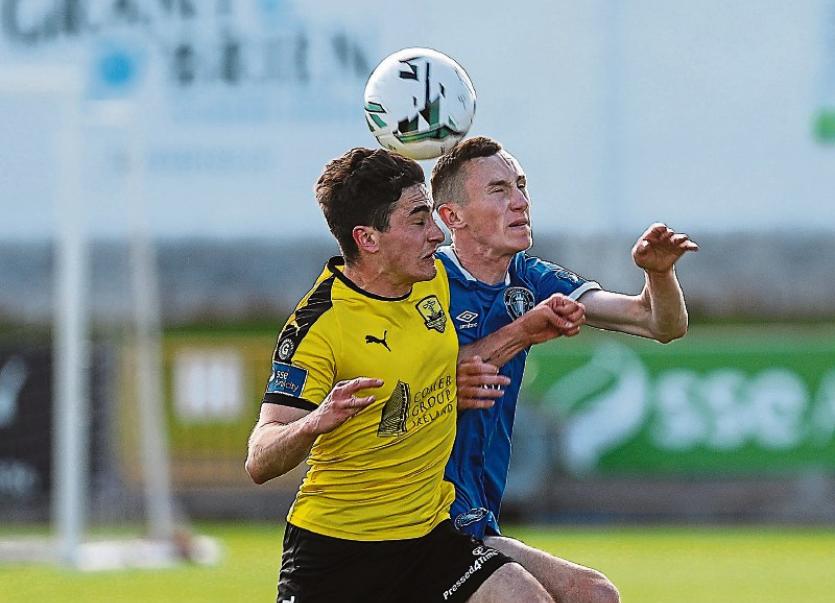 Limerick's Lee Devitt in a tussle with Galway's Shane Doherty

YOU would be forgiven for missing it, but Limerick FC face the biggest game of their SSE Airtricity League First Division season this Friday night at the Markets Field. Limerick’s old rivals and First Division table toppers Shelbourne come to town for the first game back following the mid-season break.

Given the timing of the game – less than 48 hours before Limerick host Tipperary in a mouth-watering Munster senior hurling championship final at the Gaelic grounds – the soccer fixture is always going to be overshadowed this weekend by the big provincial final.

However, a lot more could be done to help promote Friday night’s League of Ireland game at the Markets Field.

And as money is tight at present, promoting Friday’s game could be done at no huge cost.

Why not tie in with the local primary schools for instance, most of whom are getting their summer holidays this Friday? Offer an incentive for the school children to attend which would in turn encourage their parents to bring them along.

A few simple posters or fliers through letter boxes could be produced for a small cost.

It cannot be taken for granted that the sporting public will know about the game, even allowing for the coverage in the local press and radio.

With the prospect of warm temperatures and sunshine this week, what will the crowd be like this Friday? It doesn’t augur well, unfortunately.