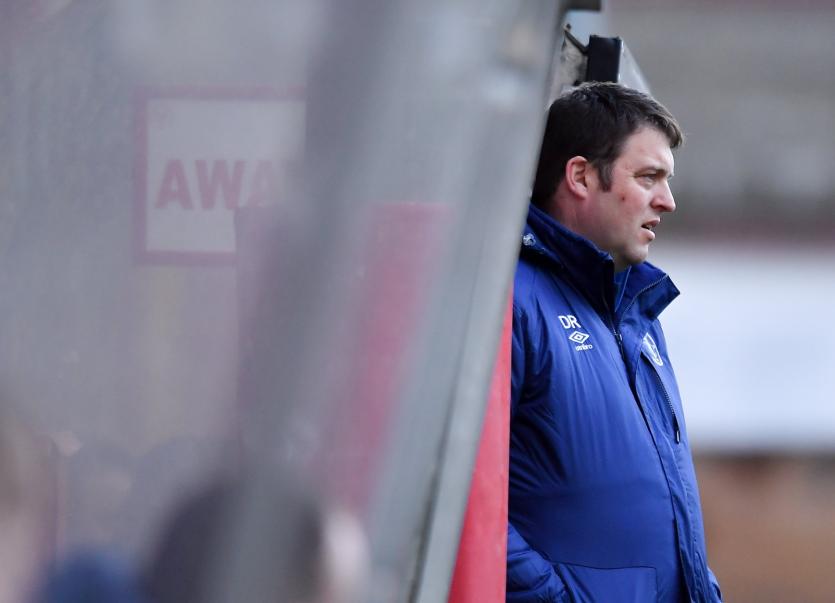 IT may have raised eyebrows throughout the Só Hotels Women’s National League community but Limerick FC Women’s 3-2 victory over DLR Waves came as no surprise to David Rooney.

At 2-0 down, fullback Lauren Keane snatched Limerick’s first with less than 15 minutes to go at Markets Field on Sunday afternoon before Aoife Horgan stylishly grabbed a brace to give the Shannonsiders all three points for only the second time this season.

The upbeat Limerick manager expressed his belief that the impressive turnaround is the end result of many months of hard work and self-belief, despite a difficult run of results.

“We fully expected to win,” he smiled.  “Maybe I built it up a little too much with the girls. I had said that it had a cup final feel about it because we were back down at our level [playing against sides around them in the league].

“I’ve always maintained that the top three [Wexford Youths, Peamount United and Shelbourne] are miles ahead – they are on a different level.

“Galway are working hard to bridge the gap but the rest of us are in development mode – Cork, ourselves, DLR and even Kilkenny are all looking to develop young players to come and play in the league. There is a league within a league.

“It’s a great result but it’s been coming for a while. We need to build on it though,” said Rooney.

The Dubliner is now looking forward to a more favourable run of games following a difficult few weeks after defeating Galway in the Só Hotels Women's National League Cup quarter-final in April.

“The way the fixtures went after the Galway game – Shels, Peas and Wexford in the space of a few weeks so we couldn’t really build on that [Galway win],” he said.

Limerick travel away to play the league champions Wexford Youths this Saturday but Rooney said confidence will be high heading into July which will see the Shannonsiders take on Cork City, Kilkenny and Galway.

Despite not finding the back of the net in the first-half, Limerick proved to be the stronger side and the hosts could easily have been ahead at the interval.

DLR Waves went ahead on the hour mark and with just 14 minutes to go, Limerick were two goals down against Graham Kelly’s side before Rooney’s young guns turned the game on its head.

The Limerick manager believes that the impressive comeback is a prime example of the strong disposition that his youthful team fall heir to, one that has never given up despite heavy defeats in recent weeks.

“I think if we had scored first we would have been comfortable. I think we could have got more [goals].

“But the first goal [from DLR Waves] knocked us for six a bit - even the way it happened, a long ball over the top. We didn’t deal with it and then we are star struck for five or ten minutes. It took us a while to get ourselves back into the game.

“We made a little tactical change and that seemed to suit the girls to get Aoife [Horgan] up top and we kicked on from there.