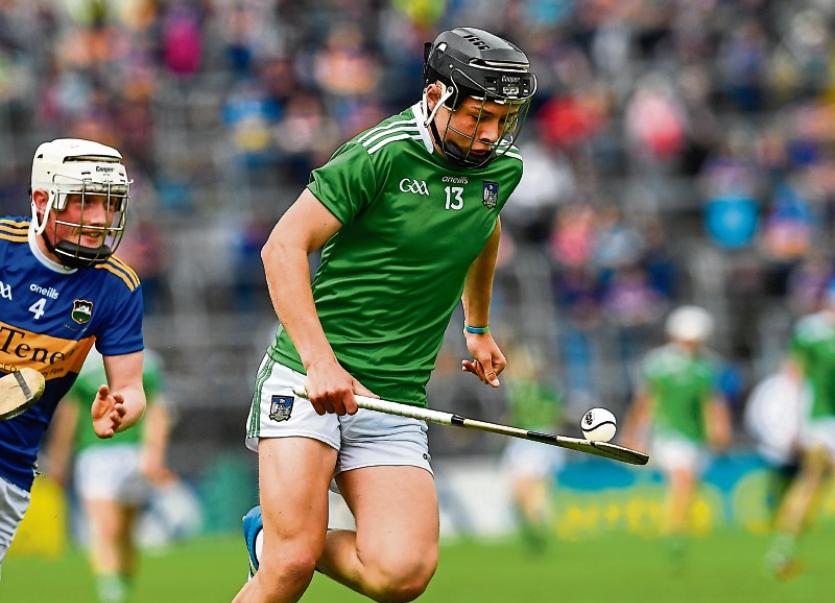 Early start: Aidan O'Connor of Limerick in action for the minor hurlers

MUNSTER hurling final day on Sunday, June 30 promises to be a bumper occasion for the city of Limerick with the prospect of a sell-out at the Gaelic Grounds. Limerick and Tipperary will renew rivalry in the senior decider at 2pm on that day. Whisper it, but the minor final between Limerick and Clare will throw in at 11.30am. Yes, that’s right 30 minutes before mid-day.

The early start time for the province’s showpiece U17 decider is to allow for the possibility of extra-time, the presentation of the Cup and still allow time for the senior sides to warm-up on the pitch before their own 2pm start.

The Leinster senior hurling final takes place that day at 4pm and with the game being televised live along with the Munster senior final, the minor game has to start at 11.30am.

It makes for an incredibly early start for players from both Limerick and Clare who have to travel from all parts of their respective counties to meet up with their squads and then travel to the match venue, the Gaelic Grounds, by coach.

For fans, an 11.30am throw-in is an inconvenience. True, the ‘die-hard’ supporters of hurling will make sure they are in their seats for throw-in, but how many others will go out of their way to do so?

Even by the time the second half starts, 12.15pm-ish how many fans will be inside the ground?