Opinion: The importance of role models should not be underestimated - Donn O'Sullivan 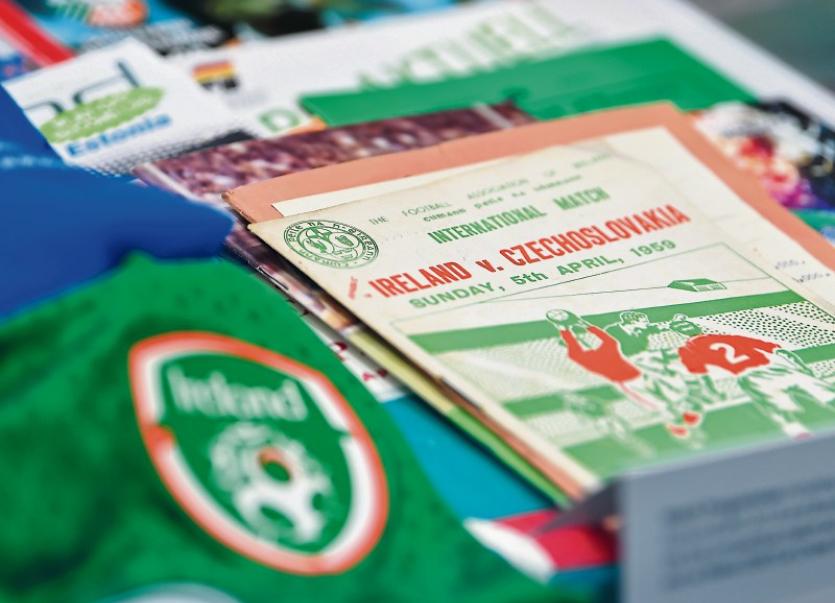 If she can't see it, she can't be it. The current motto of the 20x20 campaign. The need for Women's sport to have more of their events covered by the media is a dire one. We here at the Limerick Leader are covering more Women's sport than ever and we will continue to do same.

However, this week's column is about role models in one particular sport, soccer.

If they can't see it, they can't be it, however, there is also another angle to that.

If 'they' only get to see poor examples from their 'heroes' how are they going to learn the 'right' way.

This week the National Football Exhibition opened in UL. The travelling museum opening coincided with the hosting of the Kennedy Cup 2019. The blue riband event of underage football.

These are all positives. Kids could go and see great football in UL, as well as taking in the Expo.

However, if one is to look around, the soccer landscape is not one to be aspiring to.

Limerick FC are on strike notice from their players. The Limerick Desmond League is going to have to 'finish' this season, at the start of next, due to referee availability issues and the FAI Junior Cup final, between St Michael's and Sheriff YC has been postponed due to an objection from Aisling Annacotty.

Are these instances sending the right message to our young players? Are their heroes going to be Ireland players or are they going to be more inclined to follow the superstars from around the World.

Soccer is the most popular sport in Ireland. The sad thing is how that potential for revenue and success is being neglected on weekly basis by those in authority.

From issues surrounding governance, to funding of schoolboy soccer, to the change of soccer calendars, to the chasing of English born players to represent Ireland, the entire structure seems to be counter productive.

A generation of Irish soccer fans have grown up on the success of Robbie Keane, Roy Keane, Damien Duff and Richard Dunne et all. People who young kids aspired to copy and eventually become. Where are their role models now?

As adults we must be very mindful that kids will do as they see. They crave direction and their core values come from us.

Are we doing enough to show them the correct way to behave? Are we even aware ourselves the importance that role models play on this impressionable generation?