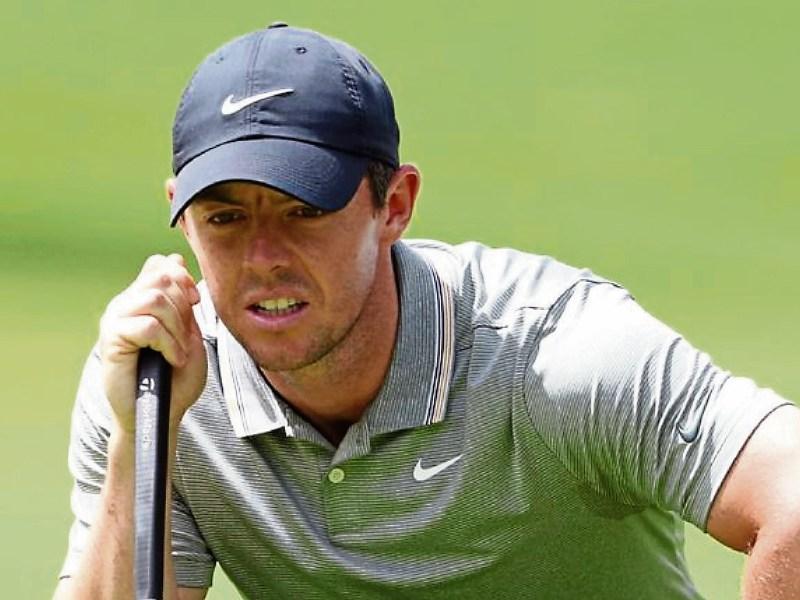 Rory McIlroy is to skip this season's Irish Open

MY pals Mutt & Jeff have been giving me a roasting following my caustic comments about Rory McIlroy's 'untrustworthy' wedge play. Regardless of a fine performance in the US Open and runaway victory in the Canadian Open, I'm sticking to my guns. McIlroy's distance control with his wedges has long been his Achilles heel.

Adding a fourth wedge won't solve the problem but improving his touch and feel will.

Rory is a high ball hitter who has never been comfortable playing golf in windy conditions. It won't be long before he tackles Royal Portrush on home turf where four wedges won't be of much help on a links course where judging the wind and the way the ball runs along the ground is as important as hitting it a specific distance to alight on a predetermined spot.

It's not that Rory can't do it; he just doesn't see trajectory control as being as important as distance control. The principle of having four wedges detracts from the touchy-feely skills required for superior wedge play.

I wish that Rory would control his wedge shots better by manipulating the loft and bounce on his wedges. It’s not that hard to do.

Mutt: Stop digging, you're wrong! Rory needs an extra wedge because he hits the ball so far. You can't play at his level with big gaps between parts of your armoury.

Having an even 4-degree spread between his 48, 52, 56 and 60-degrees clubs suits his game. An extra wedge tightens the dispersion, distance wise.

Ivan: Will the extra wedge hit the ball any straighter? Shane Lowry can do with one wedge what it takes Rory four wedges to do!

Jeff: Shane can't hit his 48-degree wedge (if he has one) 160-yards. Lots of pros carry four wedges these days. If you consistently hit your drives 340-yards, there are bound to be a variety of different wedge shots to follow. 99% of the golfing world would love to have Rory’s game.

He is as good as it gets ball striking wise. He is the best driver of the ball in the world, bar none. He gets a lot of 'stick' because he lives in America.

Declining to play in this year's Irish Open at Lahinch and The Rio Olympics in 2016, have done him no favours.

Ivan: Where Rory lives and what tournaments he plays in are his own business. I admit that I belong to a different era and do not really enjoy the power game and the way golf has developed in the third millennium but that is not Rory's fault.

As a person, I like his open and honest interviewing style.

Mutt: What's all of this talk about drivers and wedges, anyway? There is more to golf than that! Didn't we always say: “Drive for show; putt for dough.”

Without a really good putting performance nobody can win a captain's prize, let alone a major pro tournament.

Ivan: I don't buy that old, putt for dough adage. The most important shot in golf is the second shot.

Long drives are useful because they make the second/approach shots so much easier. Lots of short hitters can putt well but they seldom win. To be a winner you have to be able to keep up length-wise, otherwise there is too big a disadvantage.

I may not like it but that's the way it is. In my eyes, Rory lacks feel when playing the shorter shots. Whether that is because he is 'too muscular' from spending too much time in the gym or lack of practice, I couldn't tell you but, I suspect it is.

Mutt: Rory shooting a 61 in the final round in Canada that could easily have been a 59 if we were pushed says it all for me. It doesn’t matter how many wedges he uses. It’s the total at the bottom of the score card that counts; nothing else!

While, I like him as a person, I'm not that keen on the way he plays his wedge shots and can't relate to the way Rory's golf. Sam Snead and Christy O'Connor Senior rarely, if ever, used a sand wedge for a pitch shot.

They did it all with their pitching wedges. Tom Watson, known as a demon scrambler, never used a 60-degree wedge. Tom might have won The Open in 2009 if he had a 60-wedge for that one, little shot from over the back of the 18th green at Turnberry. Golf should be a 10-club game (for the pros)

There wouldn't be four wedges in anyone's bag if that was the case. With only 10-clubs the pros would be forced to improvise and score worse and they would not like it. Amateurs would learn to play better but they don't know it.

After their US Open exploits, Jon Rahm, Danny Willett, Shane Lowry, Graeme McDowell, Tommy Fleetwood, Martin Kaymer and Louis Oosthuizen are all showing some excellent form heading for the Irish Open Lahinch on July 4-7. It is a pity that Rory won't be joining them. We haven't seen enough of Rory McIlroy around these here parts.