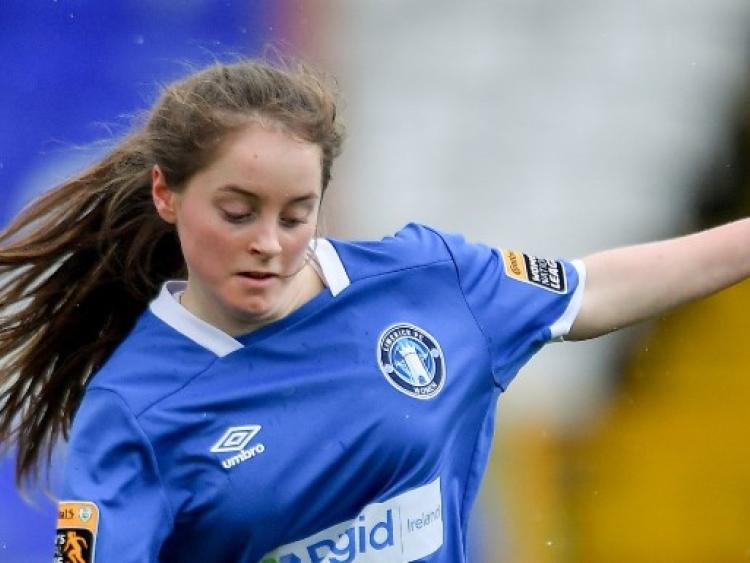 LIMERICK FC Women came from two goals down to stun DLR Waves 3-2 in dramatic fashion at a wind-swept Markets Field on Sunday afternoon.

Waves had looked firmly in control when a cool finish from Kerri Letmon and a close-range effort from midfielder Rachel Doyle gave the visitors a 2-0 lead with just 14 minutes left on the clock.

Limerick started the game on the front foot and the determined hosts should have capitalised on their stronghold on possession but Sylvia Gee’s floating freekick after 13 minutes was eventually cleared from the box. Calls for a handball during the process were quickly dismissed by referee Rafal Pieper.

Limerick proved to be the better side in the opening half and on the half-hour mark, the lively Cara Griffin cut inside from the wing but her effort sailed harmlessly over the bar.

Waves upped the tempo on the verge of half-time and the Dubliners failed to take full advantage of some sloppy defending as a low drilled Katie Burdis cross sailed across the front of Limerick’s goal.

Graham Kelly’s side started the second half just as they had finished the first, but Karen Connolly’s lunging save was equal to Leeann Payne’s low effort as Waves hit a resolute Limerick side on the break.

Limerick responded immediately as Aoife Horgan took control of a superb through ball but her effort was comfortably saved at the near post by Turner.

DLR Waves opened the scoring on the hour mark when a ball over the top deceived the Limerick defence and the in-form Kerri Letmon used her pace to find space before finding the bottom corner.

This gave the Dubliners a real pep in their step and with 15 minutes to go, Rachel Doyle looked to have secured all three points after she poked home from inside the six-yard box.

Doyle latched on to a loose ball after Limerick captain Megan Kelleher failed to clear a difficult out swinging Katie Burdis cross.

In a bizarre turn of affairs, Limerick started an unthinkable comeback when fullback Lauren Keane drove high up the pitch before coolly finding the net with 12 minutes left on the clock.

Sophie Liston’s strike on goal was blocked before Keane gave her side that all-important glimmer of hope.

Limerick levelled after 82 minutes when the impressive Alannah Mitchell linked up well with Sophie Liston before Aoife Horgan rounded the keeper to pass into the back of the net.

David Rooney’s side certainly had the momentum in their stride now and with just five minutes left in regular play, Horgan ensured that the seven-minute comeback was complete with a well-taken strike deserving of winning any game.

A superb save from Connolly at the death secured victory for Limerick as the hosts held on for their first home win in the league this season.

The result sees the Shannonsiders record their fourth win since joining the So Hotels Women’s National League last year, their first triumph outside of previous results against basement side Kilkenny United.