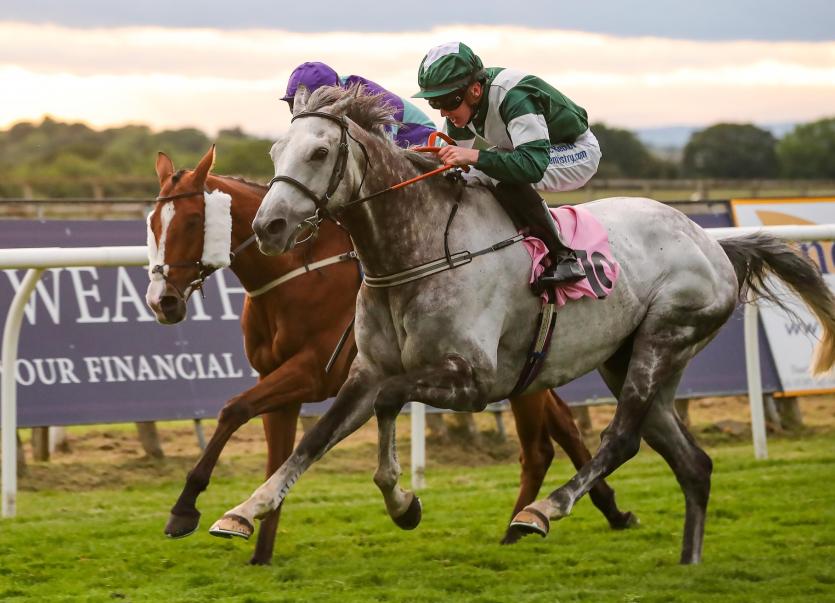 Ballingarry-based trainer Charles Byrnes landed a gamble at Carlisle on Tuesday evening as Mr Smith won the concluding Every Race Live On Racing TV Handicap under apprentice Sean Davis.  It was a terrific training feat by Byrnes as Mr Smith had not appeared for 791 days but that did not prevent him from landing the spoils by a neck from Le Musee. The grey eight-year-old was returned at odds of 3-1 having been available earlier in the day at 8-1.

Kevin Prendergast’s Derby runner-up Madhmoon is set for a rematch with his Epsom conqueror Anthony Van Dyck in the Dubai Duty Free-sponsored equivalent at the Curragh on June 29. Madhmoon, who finished fourth in the 2,000 Guineas, will attempt to give his 86-year-old Curragh-based trainer his first win in a race his father Paddy won four times, most notably with the Bing Crosby part-owned Meadow Court in 1965. Angus Gold, racing manager to Madhmoon's owner Hamdan Al Maktoum, said: "Kevin is delighted with the horse since his fantastic run at Epsom and Sheikh Hamdan is keen to run in the Irish Derby, a race he won with Salsabil in 1990." Madhmoon stumbled running down the hill at Epsom but kept finding for pressure to get within half a length of Anthony Van Dyck, who is likely to lead a typically strong team for Aidan O'Brien who is seeking a 13th victory in the Irish Derby. Anthony Van Dyck heads the betting at 2-1, with Madhmoon a best-priced 6-1 with Betfred. The Dermot Weld-trained Rakan, who is also owned by Sheikh Hamdan, and Guaranteed, trained by Jim Bolger, are also reported to be on course for the Classic at the end of the month.

Nine-time champion jockey Pat Smullen will be the racing ambassador for this year’s Longines Irish Champions Weekend.  In his new role, Smullen will be involved in the promotion of the sixth renewal of one of the world’s leading racing festivals to be held at Leopardstown Racecourse and the Curragh Racecourse on the weekend of September 14 and 15.  For the first time, Longines Irish Champions Weekend will include a number of fundraising activities and events with all proceeds going towards the fight against pancreatic cancer.

Pat Smullen said: “I was made acutely aware of the great work that is being done in the area of pancreatic cancer research and my objective is to return to my carers three things: awareness, funds and gratitude. Being involved with the greatest show in town is exciting for me and I appreciate the support of the Longines Irish Champions Weekend committee, Leopardstown and the Curragh in my efforts.”

Brian Kavanagh, CEO of Horse Racing Ireland, said: “Pat Smullen is the perfect fit for Longines Irish Champions Weekend being a nine-time champion jockey in Ireland. There is no doubting that he was one of the great jockeys and the way he has faced up to his recent challenges marks him out as a true champion. We are very excited that Pat has come on board as the Longines Irish Champions Weekend ambassador and we will all be working hard to make the weekend a success and fulfil Pat’s fundraising ambitions for pancreatic cancer research.”