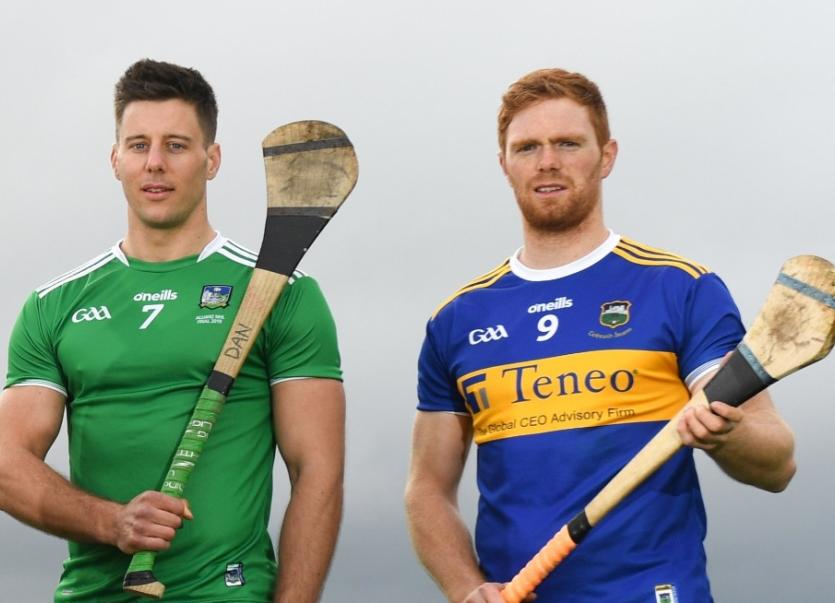 LIMERICK’S roadmap on the All-Ireland SHC title defence will be confirmed this Sunday afternoon when they play Tipperary in the Munster SHC.

The final round group game in the provincial championship has a 2pm start in Thurles.

Today's clash will be the 70th meeting of the neighbours in senior championship hurling - Tipperary with 35 wins and Limerick reaching 24 wins with success last season. The sides have drawn on 10 occasions.

While John Kiely’s heroes look on course to progress in the championship, such are the varied permutations that Limerick could win in Thurles and not reach a Munster final and yet lose and reach the final – all to be confirmed pending the result of Clare v Cork.

Were Limerick to reach the June 30 Munster SHC final, it would take place in the LIT Gaelic Grounds against Tipperary or Cork.

A remarkable sequence of results is necessary for Limerick to miss out on championship progression – a third place finish in the Munster SHC table, like last year, would book a July 6/7 preliminary All-Ireland quarter final against the beaten finalist in the Joe McDonagh Cup; Laois and Westmeath the likely opponents.

A first Munster final in five years is the prize on offer when Limerick play Tipperary but no talk of a provincial final appearance according to manager John Kiely.

"I don't think about it to be honest - I only think about this phase of the competition that we are in, which is game four of four within the round robin," he stressed.

"Thinking about a Munster final is only a distraction and there is one sure way of not ending up in one and that's to start thinking about it - we will focus on our performance and that's the bottom line," said Kiely.

“The consequences of it being a Munster final or anything else are irrelevant to me - I don’t think like that, we don’t think like that. We want to go to Thurles and put in a really credible, honest performance against one of the best teams in the country right now and that’s the challenge for us this week,” outlined Limerick manager.

The Limerick manager is in no mood to allow results elsewhere determine the fate of his side.

Liam Sheedy’s Tipperary have the only 100% record in the championship.

“They’re just in a great run of form at the moment, but it is what it is - we always knew we’d have to go to Thurles for the last game of the group. And it’s totally in our own hands,” said Kiely.

“Look at where we are going next - up against one of the best forwards units in the country next Sunday. Those lads only need a smell of a chance and it’s over the bar; they will shoot from anywhere on half a chance. They don’t delay getting their shot off - once the ball comes to hand, the next thing the shot is off. We are up against one of the most efficient and accurate forward division and probably one of the better hurling forward divisions that we have ever encountered,” he outlined.

This Sunday afternoon's game in Thurles has a 2pm start with the Limerick-Tipperary minor game a 12noon curtain-raiser – Limerick need a win to reach a six Munster MHC final in seven years.

The senior game is live on RTE's The Sunday Game.

Both stands in Semple Stadium are sold out, but €20 terrace tickets can be bought outside the ground - most Limerick supporters will be in the Town End terrace.