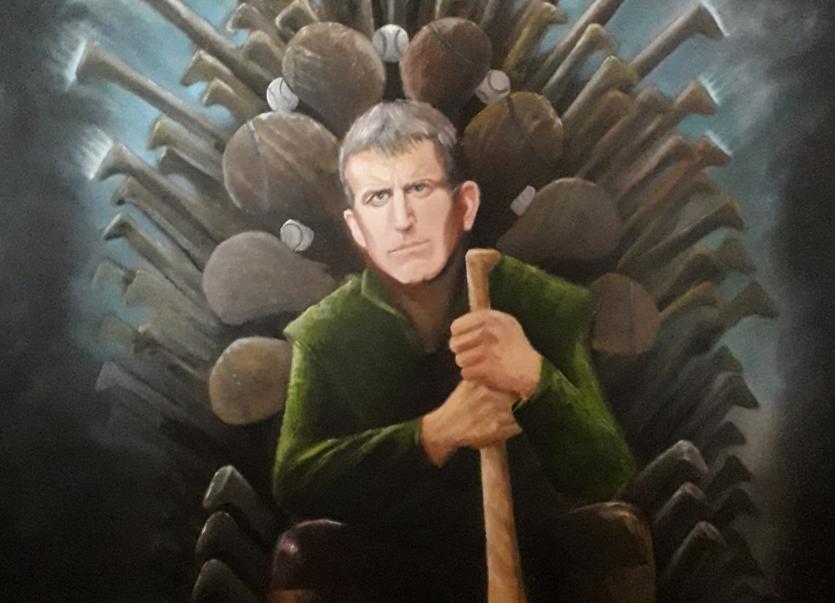 Limerick man Kevin Morrissey has depicted All-Ireland hurling winning manager John Kiely as the 'Ruler of the seven kingdoms' in a Game of Thrones inspired oil painting. The Ballylanders (part-time) artist, who is self taught, looked to combine his love for Limerick hurling and the HBO mega series Game of Thrones in this 40"x30" oil on canvas.

"I have been painting for over 20 years" Kevin told Limerick Leader Sport. "It took me about 2 months to complete. My sons Daniel (2) and Billy (4) wanted to 'help' too, so it was a case of balancing them, work and doing a bit in the evenings"

"I am a big fan of the show and of course, Limerick hurling too, so it was just an idea that came into my head" the Ballylanders man confirmed. When asked which character John Kiely would be in the show, Morrissey suggest 'John Snow' - Whether this means that John Kiely is going to end up back where he started is to be seen, but the picture is sure to draw lots of attention in what is a golden age for Limerick hurling. 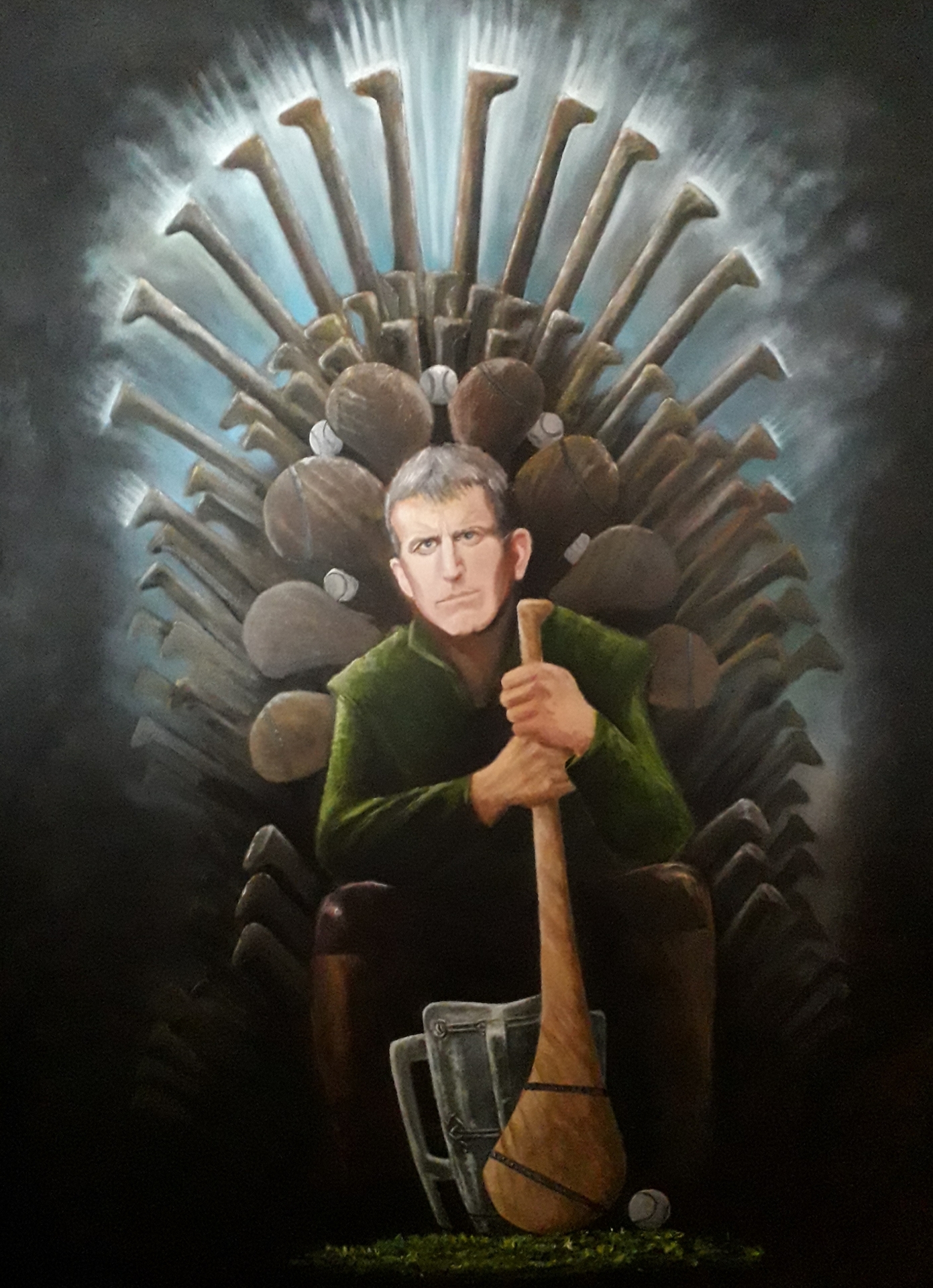 "I hope to get John to sign it and maybe auction it off then. I would like to give some of the proceeds to a local charity - Hopefully we can get that done" admitted Morrissey.

Winter may not longer be 'coming' for those who love the series, but the Summer of hurling is only getting started and hopefully, once again, John Kiely and his men will be on the high throne of hurling come August.