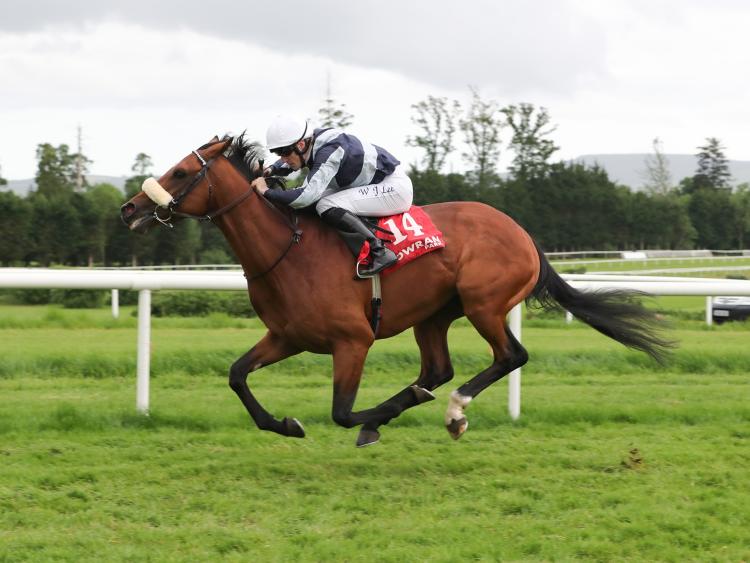 In form Limerick jockey Billy Lee helped Curragh trainer Willie McCreery notch up the second treble on his career when the pair shared three winners at Gowran Park on Bank Holiday Monday. They landed the opening 7f maiden with the Imperial Crown Syndicate’s 7/4 chance Arabeska which saw off Dermot Weld’s 6/4 favourite Hightimeyouwon with the minimum of fuss. In contrast, Come September, a 12/1 shot, only had a neck to spare over Angel’s Amy when landing the median auction fillies’ maiden but McCreery and Lee’s treble was rounded off in the best of fashion as 4/6 favourite Up Helly Aa scored a four and a quarter length win in the nine furlong maiden to give the Ballingarry jockey his 20th winner of the season.

Austin Leahy and Kildare jockey Luke Dempsey were among the winners at Listowel on Bank Holiday Monday where the 11-year-old Nearly Nama’d took the 2m3f handicap chase. An easy to back 18/1 chance, the veteran was in front shortly after the second last fence and readily held off 5/4 favourite Lakemilan. The 14-year-old On The Fringe landed the hunters’ chase on the card for the second year running. A strong 5/4 favourite, he picked up really well for Ainé O’Connor from the penultimate fence and won well from his main market rival All Hell Let Loose.

Lee added to his Gowran Park haul when giving King Power Racing a perfect start to their new alliance with Cashel trainer Paddy Twomey as Sunday Sovereign, the first Irish-based horse to carry the owner’s colours, ran out an impressive winner of the median auction race. Bought by his new owners after winning a Curragh maiden in good style for the trainer last month, Sunday Sovereign continued his progression with a taking display. A trip to Royal Ascot could be on the agenda with the Norfolk Stakes his most likely target, according to Twomey.

Conor McNamara recorded his first winner over fences when the Gavin Cromwell-trained Toosey won the 3m1f handicap chase at Wexford on Wednesday. Owned by the Swans High Stool Syndicate, the eight-year-old won by three and a half lengths from the Mick Winter’s trained Churchtown Glen. McNamara has a bumper victory and six wins over hurdles to his name and was riding over fences for only the second time.

Chris Hayes and Dermot Weld took the Listed King George V Cup with Rakan at Leopardstown on Thursday evening. The 8/11 favourite headed the front-running Barbados over a furlong out and was always on top from there. He is set to reappear in the Dubai Duty Free Irish Derby at the Curragh at the end of the month.