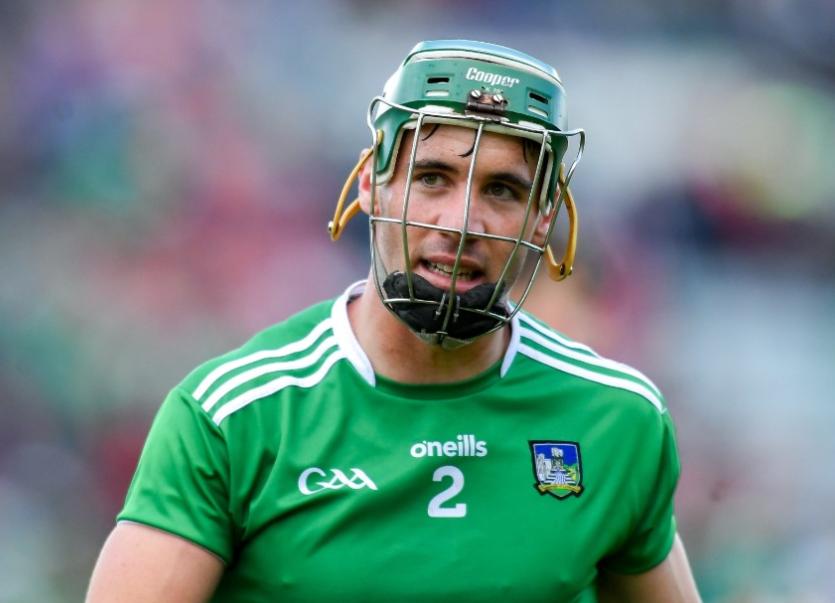 "TIPPERARY are the team to beat at the moment," insists Limerick's All Star defender Sean Finn.

"Tipperary are the team to beat at the moment no doubt and we will look forward to that test," said the Bruff man ahead of Limerick v Tipperary in the final round group game in Thurles this Sunday (2pm).

"Tipp are in great form with three great results and it’s a great test for us to see what we are about. We are looking forward to test ourselves against the best and Tipp are the best at the moment," stressed Finn, who was The Sunday Game Man of the Match in Limerick's 18-point win over Clare last Sunday.

He added: "That will be a huge challenge next weekend".

"We want to win every game we can," he said.

"It’s the nature of the championship. Winning breaths results and that momentum continues throughout the championship as we saw last year. We will take each game as it comes - there is two points up for grabs in each game and we will be looking to try get them all."

Finn described the win over Clare as a "huge relief".

"This is a huge relief - we took a few beatings from them and last year down in Ennis went badly and maybe people were writing us off after the league saying we couldn't keep it up but we can only concentrate on ourselves and work hard during the week. I think they are all high pressure but that was a significant one because there is a huge rivalry between ourselves and Clare and every year is a big game between us because neither wants to lose and we are aware of that," he outlined.

"There were two points up for grabs today and we knew they were to big points that were up for grabs - this was a huge game because if we lost it we were out."

Winning a home game was a motivation for the All-Ireland champions.

"We put in a poor performance here three weeks ago against Cork and we wanted to give the fans something to shout about and thankfully we did that. It was a tough two weeks - we took it badly but we worked hard and there was probably a bit of tension in that couple of weeks because we knew we didn’t put in the performance we  could of. We just weren't at the races and we knew it," he said of the round one loss to Cork.

"Once we got the result down in Waterford the show was on the road again."

Limerick held Clare to just four points from play and with much praise for Finn and his defensive colleagues. But the corner back was quick to deflect the praise to the forwards.

"The forwards worked really hard and that made my life a lot easier down in the full back line - they put in a huge shift. That’s our job - the forwards are there to score and we are there to minimise the score and we have to put our body on the line whenever we can," outlined Finn.

He also pointed to the impact of those off the bench.