Opinion - 'Limerick Hurlers are back on track' 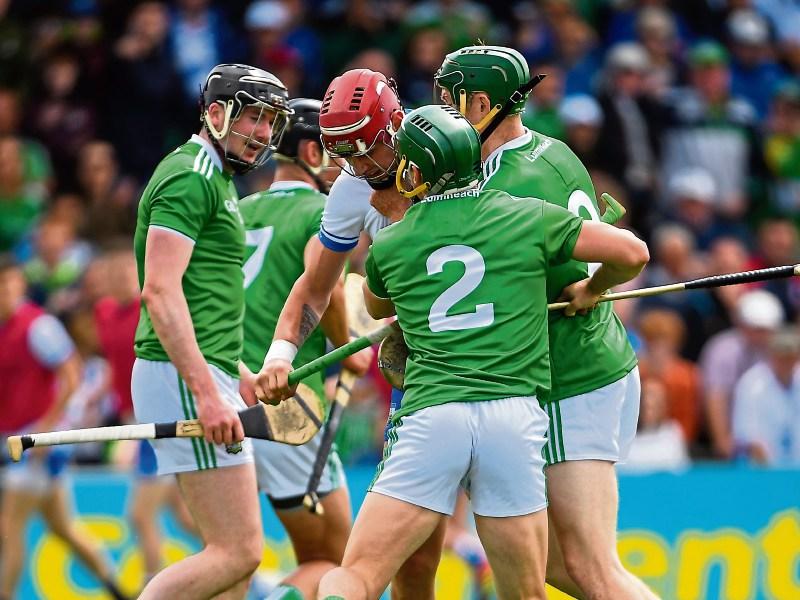 Everything was different about Limerick last Sunday. Limerick showed a cutting edge and application that a poor Waterford were never able to match. This game has put Limerick back on the championship road and they now face Clare next Sunday at the Gaelic Grounds.

There was a fluency about Limerick, they moved with pace, the ball control was sharp and all of the things that didn’t go right for them against Cork were put right in this game.

This was a team performance, a performance that showed Limerick have so much more to offer this year’s championship. The opposition were poor that is not in question but it was the way Limerick put them away that was impressive.

They didn’t provide any avenues for Waterford to get a grip in the game. They simply just blew them away. That is what champions do. There was cohesion about how Limerick played as a unit. They worked hard as a unit and all of the body language suggested they were very much back on the road.

One bad game was never going to define this team and they left everyone know that they will have a major say in this championship yet.

Long before Limerick arrived in Walsh Park John Kiely and his management team made a statement.

That came when the team was announced on Friday night. Few if any changes were expected but it turned out they decided to make two.

They needed to send a message not so much to the players that didn’t start, but a clear message to everyone, that no place on the team is secure.

It set the tone and provided a freshness to the entire set up. It also provided opportunities to other players and it will have a lasting effect for the rest of the year.

I said over the past couple of weeks that losing to Cork might yet be a blessing because it caused everyone to have a look at themselves. Sometimes all can look great on the surface but isn’t until you are tested that you really know where you are.

Cork gave Limerick an early wake-up call and what you saw in Walsh Park last Sunday was Limerick responding and taking the learning from the Cork game.

I got a lot of messages since the game, most people were very happy and some of them were highlighting how poor Waterford were.

For sure Waterford were not good, they looked like a team that had no fire whatsoever in them. I saw a number of their games in the league and what I noticed was a real lack of fitness in many of their players.

That didn’t improve too much for championship and they now find themselves out of the championship once again in June. There comes a time when players need to take responsibility and Waterford have not pushed on.

They have won nothing of consequence and like many Waterford teams in the past they offered much but delivered little. Limerick could only control themselves and they did that very effectively.

What you saw was a Limerick team in tune. Their attitude was spot on and they managed the game really well. The level of control they had on the game left Waterford with no options.

Now, they were helped as the Waterford players stood off, they gave up and that is something you would not associate with Waterford teams of the past. It has to be the lowest point when you see players only half running and then just giving up.

It showed that all is not well in Waterford but most of all it showed no pride in the jersey that so many great players in the past would have worn.

Nicky Quaid was razor sharp with his puck outs and achieved 93% accuracy in the first half. Limerick put the ball to good use and Gearoid Hegarty looked like a man that had not been fed since the Cork game. He was outstanding. He won great ball, he scored but he also brought others into the game.

Kyle Hayes also worked hard while Peter Casey and Aaron Gillane were also really sharp. The backs closed down the Waterford forwards to a point that they just got frustrated while Cian Lynch and William O’Donoughe were in charge at midfield.

The LIT Gaelic Grounds will be hopping on Sunday when Clare come to town. Clare have had the upper hand on Limerick and while they didn’t perform well against Tipperary I still expect them to bring a big performance.

This is huge game for both teams and memories of 1996 came back to me this week. That is history and will have no impact on this game.

For Limerick it’s about securing another brace of points and whatever about making this years Munster final the crucial objective is about making the quarter finals.

Clare will have targeted this game with Limerick and I think it could be a very close encounter. Limerick are back in the zone and they will have taken great energy from last Sunday.

This match will ebb and flow but when it’s over Limerick will have a few points to spare.

It was more than a difficult evening for Limerick footballers when they crashed out of the Munster championship against Cork last Saturday evening.

It was difficult watching as the game was over after twenty minutes. The gap was significant and changes to the football championship must happen.

Limerick were simply outclassed by a Cork team who themselves have a lot of work to do.

If Limerick could beat Tipperary and Cork destroy Limerick then that tells you all you need to know about the current state of football.

Limerick have bits of plans where football is concerned and really the County Board are showing no desire or drive to make things happen. Some people are trying their best but without proper support and plans their will be no progress.

He was hugely respected at so many levels and that saw people travel from clubs all over Limerick and beyond.

I greatly admired Paddy Quilligan. He was one of the most honourable men ever to hold office in Limerick County Board. His club meant a great deal to him and his impact on it is immeasurable.

Paddy didn’t always like how business was done in Limerick GAA and we had many long discussions about it. He was an honest man that loved GAA and had such pride in his family.

Last week also saw the passing of Jim Lynch the current Assistant Secretary of the West Board.

His passing was a great shock to his family and the community where he was greatly respected.

The Lynch family have given a lifetime of commitment to the GAA at so many levels. His brother John Lynch is the long term secretary of Granagh-Ballingarry GAA club and is a loyal attendee at County Board meetings.

Jim attended his last meeting of the West Board just a couple of nights before his death.

To both families, club and Boards I offer my sincere sympathies. Both Paddy Quilligan and Jim Lynch were selfless with the contribution they gave to the organisation they served. May they both rest in peace.