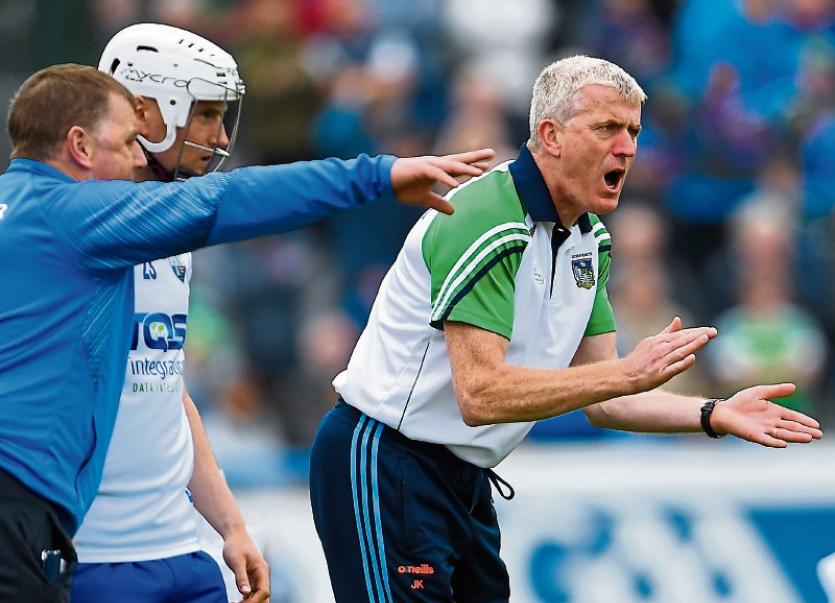 John Kiely spurns on his side during the Munster championship

LIMERICK will “need to go up a notch or two” to beat Clare in Sunday’s Munster SHC according to John Kiely. For the fifth successive season the Shannonside rivals meet in the championship in the LIT Gaelic Grounds and to end a run defeats to The Banner, the manager wants improvements.

“We generally tend to improve as we move on through the games so I would be hoping we can take it up a notch from last Sunday and I think to be competitive on Sunday we will need to go up a notch or two,” stressed John Kiely.

“Whoever can get the best performance out of themselves next Sunday is going to win the game and I would hope that last Sunday would give us a bit of confidence that we know we can get to a level. What do I expect on Sunday only two teams to go at it hammer and tongs because the stakes are extremely high at this stage for both sides.”

Kiely isn’t using Clare’s 13-point loss to Tipperary as a guide to their form.

“The first 20-minutes between Clare and Tipperary was extremely intensive and of a very high quality with a very high efficiency on the scoring fronts as well. There has been a lot of negative reaction to their second half performance but that’s nonsense. The bottom line is that Tipp are flying it at the moment and every team seems to be struggling with them at the moment and Clare gave them a lot of trouble in the first half and if they maintain that for a long period of time it’s going to be a real challenge for us,” said Kiely.

“Last year we were just so disappointed with our performance down in Ennis - we did not perform well in any of the matrix and it was very similar to the performance against Cork this year and I think the boys will be very determined to ensure that doesn’t happen again.”