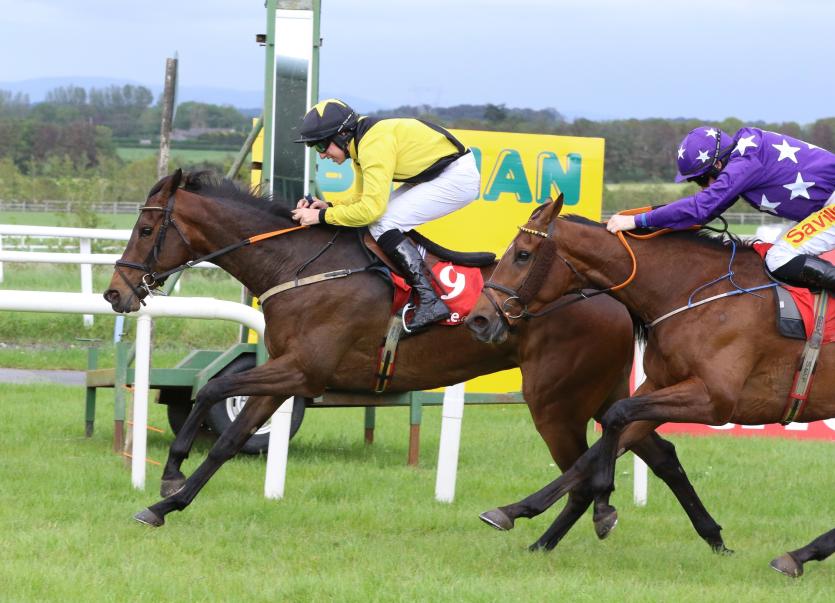 Eric McNamara is always feared at his local Limerick racecourse and the Rathkeale-based handler was on the mark on Thursday evening when Celtic Dancer put all known form behind him to win the Play The Tote Superfecta Handicap Hurdle.  Ridden by the trainer's son Conor, Celtic Dancer put in a good round of jumping and was returned a 14-1 winner. He'd never filled the frame prior to that breakthrough win.

Anthony Van Dyck led home an Irish 1-2-3-4-5-6 in the Investec Derby to hand Aidan O'Brien a seventh success in the Epsom Classic and a first victory in the race for jockey Seamie Heffernan.  There was little to separate the first four at the line, but it was Anthony Van Dyck under Heffernan at odds of 13-2 who was able to get up ahead of the Kevin Prendergast-trained Madhmoon and stablemates Japan and Broome. The victory takes O’Brien level with Robert Robson, John Porter and Fred Darling for most Derby wins. It was an incredible result for Irish trained horses as they were responsible for the first six home.

O'Brien has indicated Anthony Van Dyck is likely to head to the Curragh in search of a Derby double after the Galileo colt had given him a record-equalling seventh Epsom triumph. Anthony Van Dyck is a 2-1 chance with Paddy Power for the Classic on Saturday, June 29. O'Brien's record-equalling achievement was complemented by his best team performance in the race, with the Ballydoyle team filling third, fourth, fifth and sixth from his seven runners in the 13-runner field. The Ballydoyle trainer has twice had the 1-2 in the race, with High Chaparral leading home Hawk Wing in 2002 and, two years ago, Wings Of Eagles beating Cliffs Of Moher, with two others filling sixth and seventh in a six-runner team. Kevin Prendergast’s runner-up Madhmoon prevented O'Brien equalling Michael Dickinson's achievement of training the first five home in the 1983 Cheltenham Gold Cup.

O'Brien out of luck in Oaks at Epsom

Aidan O'Brien’s bid for his eighth Investec Oaks success at Epsom on Friday afternoon came up short when his leading fancy among a four-pronged challenge, Pink Dogwood, was beaten into second place by Anapurna and Frankie Dettori with another O’Brien challenger Fleeting a fast-finishing third. The Ballydoyle trainer won his first three Oaks with sole representatives Shahtoush (1998), Imagine (2001) and Alexandrova (2006) while in recent years has run several fillies in the race. Last year's heroine Forever Together led home a first, third, fourth, fifth and eighth in the race for O’Brien while on Friday, along with the second and third home, his Delphinia finished fifth and Peach Tree filled tenth place.