Shelbourne prove too strong for Limerick Women's side 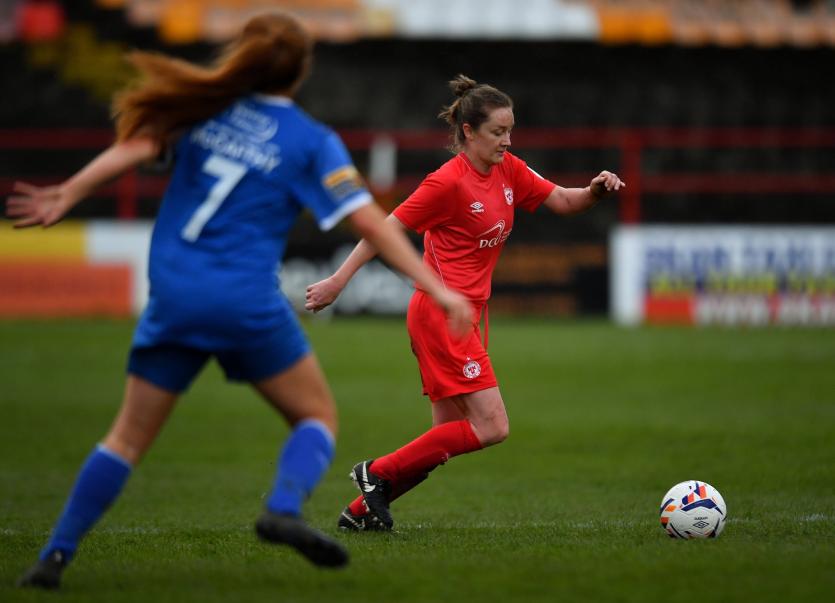 An impressive display of attacking football saw Shelbourne overcome a resilient Limerick side, 5-0, in the Só Hotels Women’s National League at the Markets Field last Sunday. Shelbourne had all the ball in the opening twenty minutes and the visitors were duly rewarded for their efforts, via the post, when striker Rebecca Cooke gave Dave Bell’s side a well-deserved lead.

Minutes later, Cooke should have doubled her tally and Shelbourne’s lead after rounding Connolly but Clodagh Doherty did well to clear the ball off the line. Just after the half hour mark, Shelbourne did double their lead as Alex Kavanagh’s strike from 25 yards left Karen Connolly stranded

The 18-year-old Limerick goalkeeper could only watch on as the ball hit the top corner of the net in superb fashion. Shelbourne added their third and fourth in quick succession to put the game beyond any doubt, with just minutes to go until half time.

It was a matter of damage limitation for Limerick in the second half and David Rooney’s side did well to keep it compact at the back as Shelbourne seemed happy with their comfortable lead. However, Shelbourne did add a fifth at the end of the last play of the game as Murray grabbed her second of the game,  finishing off a fantastic trademark passing build-up from the visiting side.

Shelbourne’s impressive away victory ensures that the Dublin side keeps significant pressure on their title rivals Wexford Youths and Peamount United at the top of the table.