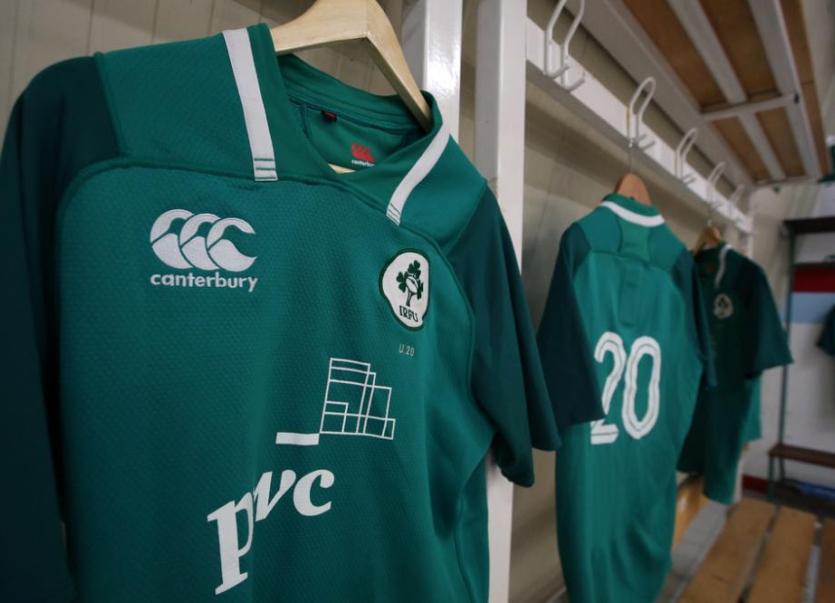 Ireland U20 Head Coach Noel McNamara has confirmed the starting XV to face England this Tuesday in his side’s opening game of the World Rugby U20 World Championships.  The game takes place at the Club de Rugby Atheneo Immaculada in Santa Fe, kicking off at 7.30pm (Irish time), 3.30pm (local) and there are three Limerick club men named in the XV.

The side sees the familiar front-row of Josh Wycherley, Dylan Tierny-Martin and Tom Clarkson. Packing down behind in them in the second-row are Captain Charlie Ryan and Ryan Baird. The back-row will see David McCann at number 6, John Hodnett at 7 and Azur Allisonwill win his first U20 cap at Number 8.

Craig Casey starts at scrum-half alongside his Shannon RFC clubmate Jake Flannerywho lines out at out-half.

Stewart Moore will earn his first U20 cap at centre, where he partners Liam Turner.

The back-three sees Jonathan Wren and Angus Kernohan on the wings, with IwanHughes set to win his first U20 cap from full-back.

World Rugby have introduced a change to how replacements can be used for the U20 World Championships, with the remaining squad members outside of the starting XV all allowed to be named on the replacements.

Ahead of the opening game of the tournament, McNamara said;

"We arrived into Santa Fe on Thursday and the players have settled in really well. They’ve focused on their recovery after the travel and are now looking forward to taking the field and getting things underway.

We know from the Six Nations that England are a good side, and they have a lot of tradition in this tournament, but the primary focus is ourselves and what we control on the day."

The 2019 instalment of the U20 World Championships take place from the 4th – 22nd of June, with Ireland playing all three of their Pool B games in Santa Fe at the Club de Rugby Atheneo Immaculada. The play-off games will take place in Rosario between the Racecourse Stadium and Club Old Resian.

Ireland share Pool B with Australia, England and Italy and England and games will be shown live on Eir Sport in the Republic of Ireland, with ITV holding UK TV rights. If games are not shown live on TV, they will be streamed via World Rugby Online Channels.