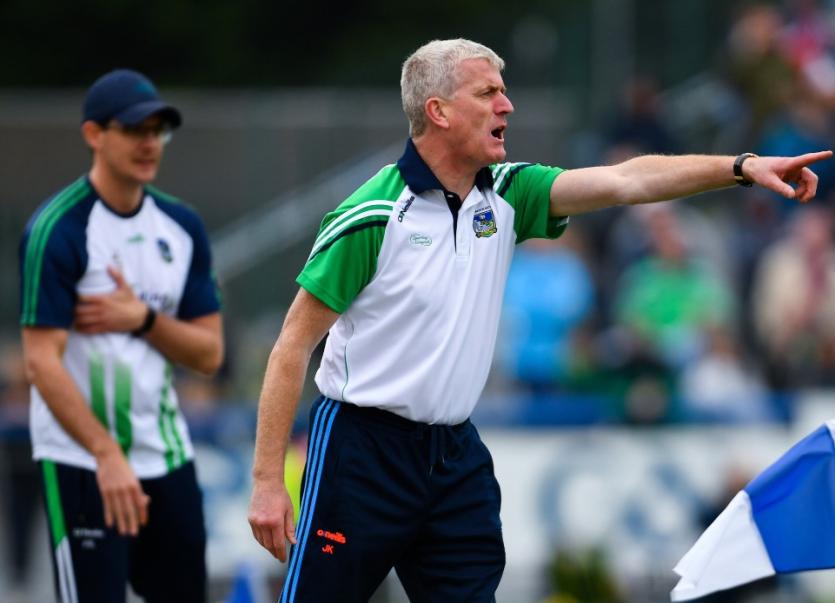 JOHN Kiely was fulsome in praise of his players for manner of the Limerick response in Sunday's 20-point win over Waterford.

The 2-24 to 0-10 win came two weeks after the opening game of Limerick's All-Ireland title defence suffered a seven point loss to Cork in the LIT Gaelic Grounds.

"I knew we were going to get a reaction, of course we were going to get one - I know the calibre of guys that we are working with. The disappointment of the defeat to Cork was really difficult - we just didn’t perform and were really poor and we had to respond because if we didn’t it was going to be curtains for us," said John Kiely in Walsh Park.

"It was a good response and we are back on an upward curve again. We hit a lull in our form obviously in that performance against Cork so we have to try and get back up to the heights that we know we can get to - it’s a journey and we have a lot of work still to do," he stressed.

He added: "No matter what, any time they lose a match they respond in kind. Last year after the Clare defeat, we were fierce disappointed but they came on with some really good performances afterwards".

"Overall the whole attitude of what we were about was much better today."

He explained: "Our work-rate up front where our forwards worked really hard and put an awful lot of pressure on the Waterford backs and turned over a good bit of ball and when we did we converted the scores".

"I didn’t even need to meet the players to know that was going to come. I know these guys too well for too long and there was no way they were going to replicate that performance again - no way," he said referencing the Cork loss.

"They worked hard for what they got out there today. It’s only when you are down pitchside that you realise how hard they have to work. People might say it was a facile win but I can guarantee you they were made work for every single score they got," emphasised the Limerick manager.

So a big improvement on the opening round loss to Cork?

"The first game is always difficult and we would maybe have liked another game or two coming into that but challenge games are hard to get and stuff like that. The bottom line is that we weren’t right on the day and the boys have shown that they have plenty appetite for it and who knows what it will come down to yet."

The Limerick manager was quick to stress that there is still much work to be done in the Munster SHC.

"That's just two points on the board for us and that’s all that matters. There were two points going for us today and there is another two points next week and we have to regroup really quick and get our recovery in and make sure we are in the best shape we can for next week," he said of Clare in the LIT Gaelic Grounds next Sunday (4pm).

"That’s only two points on the board and two points don’t qualify us - we might need the guts of five points to get through but who knows. On four points there could be a number of teams and it could come down to score difference."