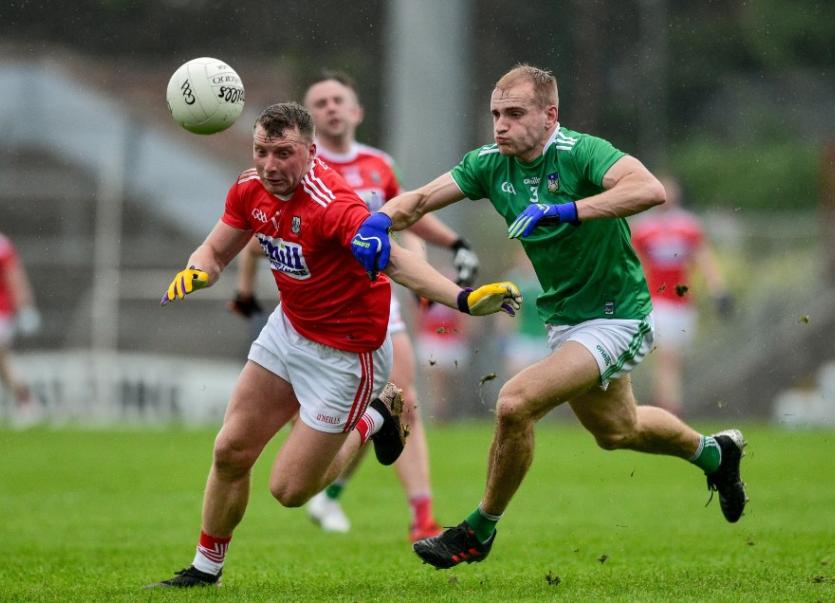 CORK eased past Limerick in the semi final of the Munster SFC this Saturday evening with 21-points to spare.

Cork found two goals in the opening five minutes and never looked back in a most disappointed provincial championship clash - the first between the teams in Pairc Ui Rinn since 1999.

Defeat sends Limerick into round two of the All-Ireland SFC Qualifiers on the weekend of June 22/23 with a tie against one of the round one winners; Louth v Antrim, Down v Tipperary, Leitrim v Wicklow, Wexford v Derry, Offaly v London, Monaghan v Fermanagh, Carlow v Kildare or Longford or Westmeath v Waterford.

Limerick had to wait 26-minutes for their opening score with all six Cork forward on the scoresheet within 20-minutes!

How all could have been different with Billy Lee's men going oh so close to a goal after 15-seconds - Tommie Childs carrying forward and passing to Sean McSweeney but his shot crashed off the upright and then onto the back of the goalkeeper and somehow hitting the crossbar and coming back out into play.

At the other end, Cork had no problem finding the range and were to have 3-6 scores before they kicked their first wide.

Two goals from Brian Hurley inside the opening five minutes had Cork in the driving seat and Limerick rattled.

The scores continued to flow and Ruairi Deane had their third goal in the 12th minute to lead 3-4 to no score.

Limerick had one wide at this point from a difficult Jamie Lee free and finally in the game's 26th minute Seamus O'Carroll had the first Limerick point.

With Cork going 12-minutes without a score O'Carroll added his and Limerick's second.

Before the half time whistle, Cork almost had another goal - Sean O'Dea harshly adjudged to have fouled Paul Kerrigan and a 31st minute penalty was awarded. But Brian Hurley's low drive came back off the upright.

So at half time it was Cork 3-8, Limerick 0-2 - a half when Cork had five wides and Limerick two.

Not surprisingly, the scores dried up in the second half.

Goalkeeper Donal O'Sullivan then had two of the next three points - both converted '45s.

Eoghan McSweeney and Ian Maguire hit back and Cork were 3-14 to 0-4 ahead with 15-minutes to play.

Donal O'Sullivan was soon the top-scorer for Limerick when he added a long range free to his '45s.

In the final 10-minutes Jamie Lee became the third Limerick scorer when he kicked a 21-metre free.

For their part, Cork had nine different scorers.