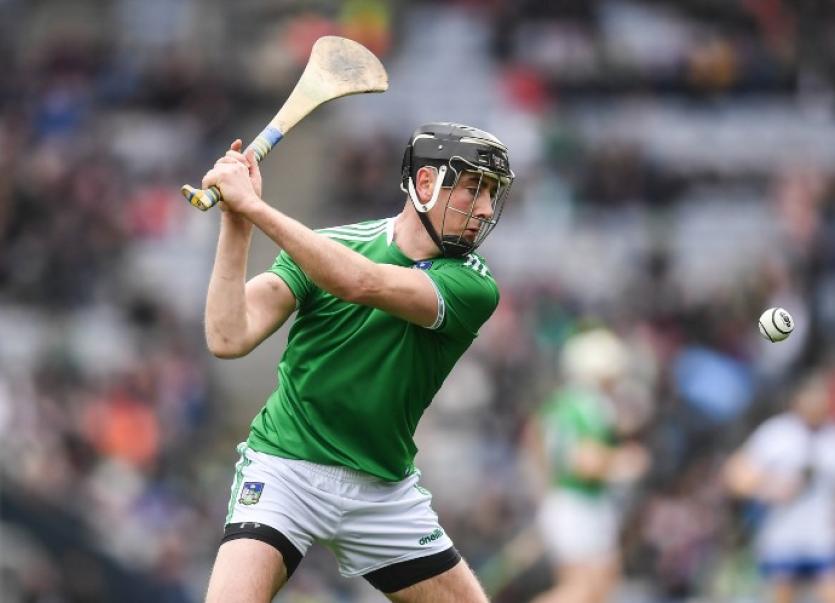 Diarmaid Byrnes among the substitutes

THERE are two changes to the Limerick team to play Waterford in Sunday's make-or-break Munster SHC tie.

Into the team come Paddy O'Loughlin and William O'Donoghue in place of Diarmaid Byrnes and Darragh O'Donovan.

It's a first ever championship appearance for O'Loughlin, who impressed this Spring during the Allianz League and in winning a Fitzgibbon Cup with UCC. Wing back O'Loughlin was part of the All-Ireland winning panel last season but wasn't among the 27 to see action across the eight game run to Liam MacCarthy glory.

It's a first Munster SHC start for midfielder O'Donoghue and just a second ever championship start after his All-Ireland SHC Qualifier start against Carlow last Summer.

The Limerick attack remains unchanged from the seven point loss to Cork with two attacking options Seamus Flanagan and David Dempsey missing out on the matchday panel due to injury.

Across the 11 substitutions there are also changes with Pat Ryan, Aaron Costello, Paul Browne and Tom Condon included after not making the matchday 26 last time out against Cork. Dropping out are injured duo Flanagan and Dempsey, along with William O'Meara and Robbie Hanley.

Sunday's game has a 2pm start in Walsh Park and is live on RTE television's The Sunday Game.