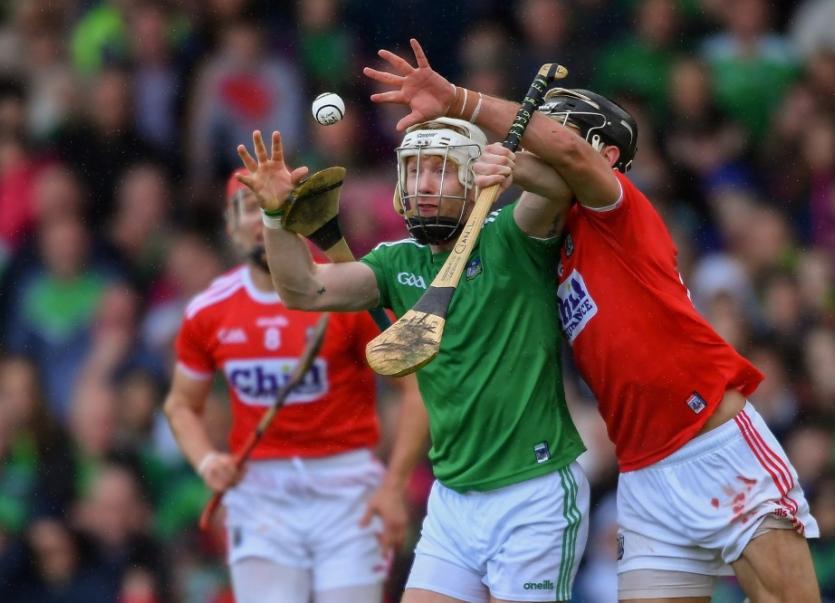 Cian Lynch pictured during the Munster SHC loss to Cork

THERE may be a group system in the Munster SHC at present but it’s pretty much knockout hurling for Limerick now.

And, that make-or-break aspect can bring the best out of this group of Limerick players and management.

Three games across the next three Sunday’s for Limerick to determine the shape of the All-Ireland title defence.

Last time out against Cork, Limerick were disappointing, especially in the second half. In hindsight Cork had the benefit of a game and came to town fighting for their lives.

On Sunday both Limerick and Waterford are fighting for survival – The Decies with two defeats and not performing in front of their home crowd in a round one loss to Clare.

Expect Paraic Fanning’s Waterford to arrive onto their home patch with all guns blazing and Limerick will need to meet this challenge head-on with a performance full of intensity and energy.

Work-rate is the foundation on which Limerick’s run to All-Ireland and League titles was built and without a return to those high octane levels, the well tested gameplan can’t flourish.

During the John Kiely reign, Limerick have always responded to defeat in a positive manner and while the stakes have never been higher than Sunday, I expect the boys in green to bounce back in style and light-up the Munster SHC with a signal of intent.

Limerick have won all three competitive meetings with Waterford while John Kiely has been manager and that winning run can continue on Sunday.