‘It’s a great opportunity but it is a very difficult task’: Limerick footballer Iain Corbett 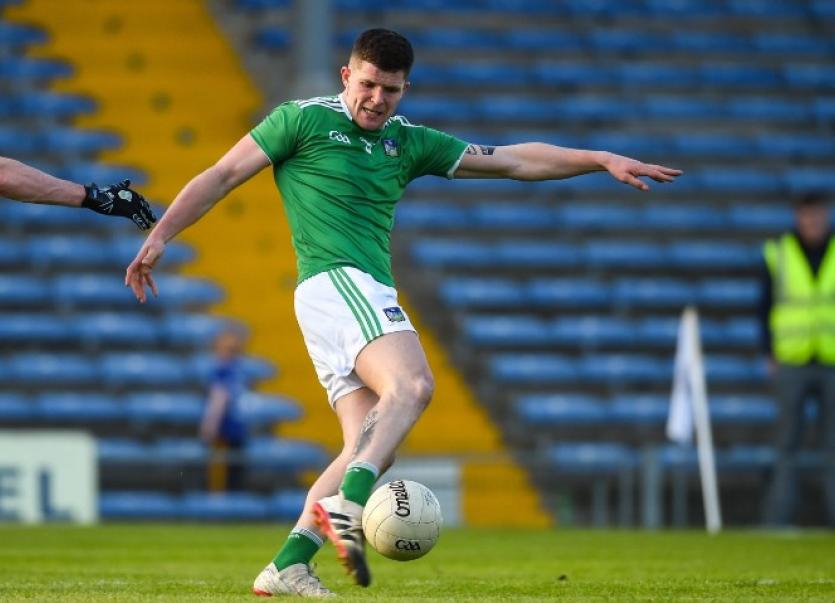 LIMERICK football has turned a corner according to Iain Corbett.

The Newcastle West man stresses that capitalising on possession is the final piece of the jigsaw for the young side.

“The last day against Tipp I think there was only four of us over 25 – there is a real young nucleus to the team that is starting to come through,” outlined the sparkling centre back.

When others have opted out, Corbett has remained loyal to the Limerick football cause since his senior championship debut in 2012.

“Every year I look forward to going back playing football with Limerick - I enjoy the challenge. Obviously other lads have other commitments that interfere for them. The last three years we have a real core of 15-20 players that have knuckled down,” said Corbett of the Limerick football landscape.

“In Limerick, it’s a hurling county and hurling is always going to come first. We don’t base our results on them - the Tyrone footballers got to the All-Ireland final last year and their hurlers aren’t expected to win Liam MacCarthy this year. It’s two different sports. Looking at the hurlers, we admire them and their professionalism and that’s something we aspire to reach,” he explained.

“In a few of those games we were more disappointed with the execution more than our performance – we just didn’t take our chances but the last day against Tipp we executed those chances and were that bit more clinical than we had been in the league,” he said.

“The confidence in the team is that if we can perform to the best of our abilities, I have no doubt we will be in the mix for the last few minutes of the game and let’s see where that takes us.”

Corbett added: “the same as Tipp, we will focus on our own performance and see where that takes us”.

“It’s a great opportunity but it is also a very difficult task going down to Cork to try and beat Cork,” said Corbett, who will be facing The Rebels for the third time in championship fare.