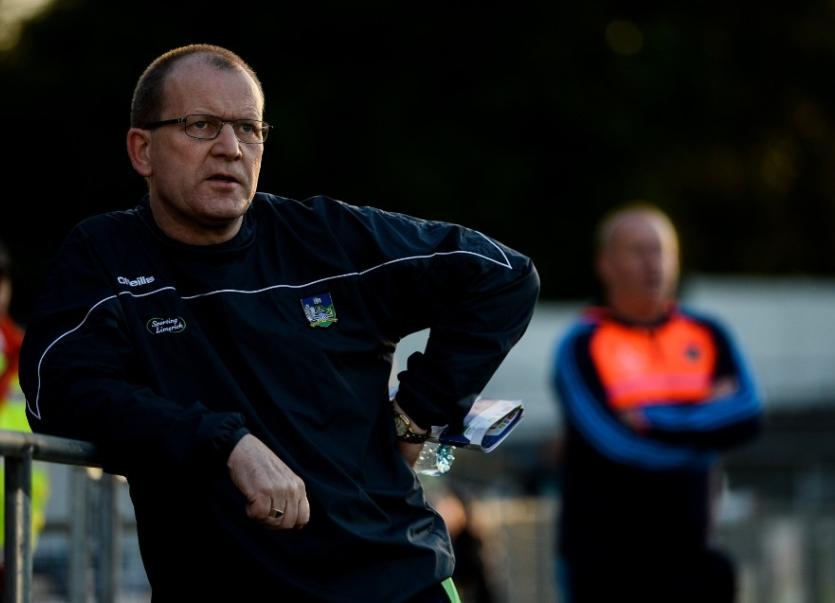 BILLY Lee couldn’t have been closer to the action when Limerick last beat Cork last in the Munster SFC.

The Newcastle West man was a selector under manager Liam Kearns in that 2003 provincial semi final win in Pairc Ui Chaoimh.

The Shannonsiders won that game 0-16 to 0-6 against Larry Tompkins Rebels with current Limerick senior football coaches Brian Begley and Seamus O’Donnell in the starting team.

But 2003 apart Cork have dominated Limerick in the roll of honour and as a player and member of management, Billy Lee has suffered enough at the hands of those in red.

“Whatever is going on in Cork is for them to manage but for us to think that they are not Cork, would be folly. Their ability to play at the highest level is still there - Cork are not gone away, they just need to pull it together for themselves,” outlined Billy Lee.

“In 2003 we beat Cork and that’s 16 years ago and I can’t remember when we beat Cork before that because it was ‘65 - the year I was born. That’s once in 54 years so we have got to put things in perspective - just because Cork are down with Tipp, doesn’t put them on an even footing in my mind,” stressed Lee.

Cork, who were relegated from Division Two in the Allianz League this year after winning two, drawing one and losing four of seven games, are having their first outing in the 2019 championship.

“Things haven’t gone so well for them and they are now in their home patch but it depends how the Cork public respond to them and that when the first 20-minutes become important. I think they are going well in the challenge game circuit and I am sure they are building confidence but now they have to take that into a competitive game and see what can they do it.”

Lee added: “We will keep the focus on ourselves and see can we be competitive right down to the final minutes. Take it down the home stretch - that’s what I believe you always need to do to have a chance of winning the game and that’s our objective”.

Limerick beat Tipperary by seven points in the Munster quarter-final and arrive on Leeside full of confidence.

“It’s a boost for the lads and gives them a pep in their step and it was fantastic,” said Lee of the Thurles win over Tipperary and his old friend Liam Kearns.

“We will go down to play and will have an expectation on ourselves of what we are looking to do. We won’t focus too much on them. We are not in a position to focus too much on oppositions, it’s about developing ourselves and looking at the finer details of ourselves - that’s the approach we will take,” outlined Lee.

“It’s really important to repeat the performance of Tipp and to go there on the forward foot and take on the challenge they will pose,” he stressed.

“We will just focus on ourselves - we have a lot to learn and they are going in the right way and in fairness to the lads they have learned a lot over the last 18-months and they are taking on the messages,” said Lee of his players.

Regardless of the result in Semple Stadium, Lee is content Limerick football is on a forward footing.

“I couldn’t stand here and say we saw that coming in the bigger picture but certainly coming up to the game I felt we were playing well in one or two challenges. In a game with Clare the scoreline didn’t reflect our performance and that gave us confidence going into the Tipp game. There is a bit going on all the time and even if we didn’t beat Tipp, we are still on a journey but would maybe have gone unnoticed.”

Lee outlined: “I do feel in certain areas we have built a panel and built a squad and we went through the league without Paul White who was probably our best performer against Mayo last year and that gives an indication of how the lads have stepped up, developed and grown - that might not have been evident during the league but we are building”.

“The journey is there and it’s a matter of building and building and that’s bigger than the Cork game - it’s about building for the next four to five, to six years, for Limerick football. Everyone needs to be patient,” said Lee.

“Its about Limerick football and building for that. There is work going on in the academies and a lot of former players are doing work there and that’s fantastic. It’s going to take time for them to come through - bringing guys in at 18, 19, 20 is just not on. It’s a long slog to get them ready mentally and physically. I think we are best served to leave them till they are 22-22 and have a lot of college out of the way,” said the Limerick manager.