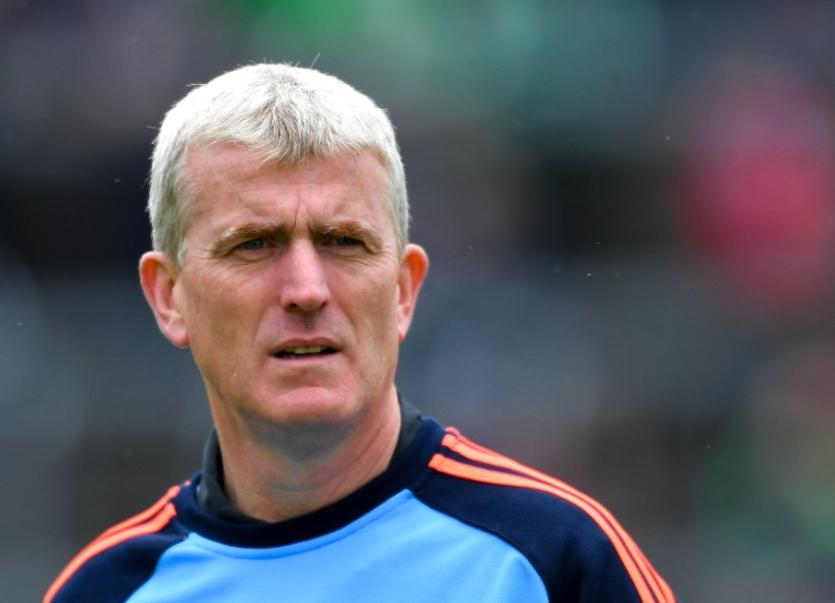 ON January 8 2017 John Kiely made his competitive debut as Limerick senior hurling manager with a Munster League win over Waterford in Dungarvan.

On Sunday, Kiely leads Limerick back to Waterford for the first time since that victory and the stakes are much higher.

“There is a lot at stake for both sides on Sunday and for our part we are doing our very best to prepare as best we can to perform as best we can and leave it all out there on Sunday and see where that takes us,” outlined the Limerick manager to LeaderSport this week ahead of the journey to Walsh Park in Waterford City.

The Waterford game is the first of three successive Sundays of action that will define Limerick’s season.

“Getting those two points on Sunday is all that matters - we will deal with the weekend after, after Sunday but for the moment it’s all about Sunday,” stressed Kiely when speaking with media ahead of training in the LIT Gaelic Grounds on Tuesday evening.

“It’s a four game series and that was game one and there is still an awful lot to play for. At the same time our focus has been very much polarised on this one game against Waterford,” he admitted.

“This game is in some respects just part of the process of going through the competition and you expect to incrementally improve from game to game going through that process - we have a lot of improving to do in every aspect of how we play the game and we know that. We know our performance against Cork was way below par and it will take a significant response from the players in order to bring it back up to the levels that we look for from them and the levels they expect of themselves.”

He added: “Everybody understands that there is an awful lot at stake - it’s serious stuff now at this stage and it’s a case of being ready to meet the battle and taking it on head-on and I have no doubt it will be a tough contest on Sunday. I am confident that there is a capacity within the group of players that we have that one poor game does not make a bad team out of them. They had poor performance and that’s it - we take stock, we analyse it and we get feedback from the players and we move on”.

“We were all very disappointed with the performance the last day against Cork. It is what it is and those two points are gone now. It’s a case of turning it around now as quickly as we can and to be fair to wasn’t difficult to refocus the minds because the players were disappointed in their own performance in that game and all we can try and do it rectify it now on Sunday,” stressed Kiely.

“I am sure it won’t be for the want of what they have done in the lead-up to the game and preparation for the game that will result in anything other than a good performance,” vowed the manager.

“I have seen nothing wrong with the energy levels in every occasion that we have got together since that game - in fact the energy levels have gone through the roof in the last 10-days and if we can bring the energy levels we have had in training to the game on Sunday, then it won’t be energy that we are short of.”

Part of preparing for the Waterford game was a review of the Cork game.

“It was more apparent in the second half. It can be very difficult when the momentum of a game swings against you as it did in that game 10-12 minutes into the game in Cork’s favour and they were getting stronger as the half went on and we were finding it hard to arrest that momentum that they had. We needed something dramatic to change the flow of the game and we didn’t find it. We nearly found it with a couple of goal chances but we didn’t find anything to arrest it to give ourselves an impetus to turn that momentum around. That’s the Cork game and it’s done and dusted and it’s two points lost and we have two points on the board to go after on Sunday and we will hunt them down as hard as we can and we will leave everything out on the pitch on Sunday,” outlined Kiely.

The Limerick manager stressed that Walsh Park won’t be an excuse.

“Not everyone is used it but no one knew the new Pairc Ui Chaoimh last year or most of the lads hadn’t played in Croke Park before last year. Sometimes a new venue can be something that you can take inspiration from because it’s fresh, novel and new and that can be great for the players in terms of bringing out the best in them,” he said.

“We have a great away record and we travel really well and they are good reference points to have - we have gone to Wexford, Nowlan Park, Croke Park, Ennis and Pearse Stadium last year; so we have loads of reference points of us having gone away and came up with good performances.”