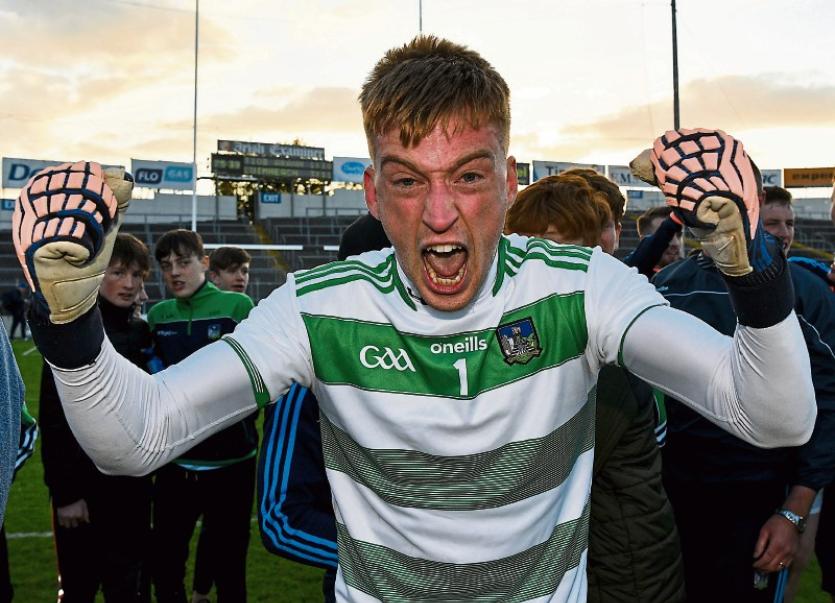 DONAL O’Sullivan made his Munster SFC debut when Limerick and Cork last met in the provincial championship.

That was 2013 and Limerick suffered an 18-point defeat in the Gaelic Grounds.

The Monaleen shot-stopper had to wait until this Summer to get his first Munster SFC win when Limerick shocked Tipperary.

The team’s joint captain is adamant that the Semple Stadium victory isn’t a one-off.

“From medium term goals we have a way to go in terms of strength and conditioning, the playing numbers in the county, there is still a lot of challenges, so one result doesn’t gloss over that,” said Donal O’Sullivan.

The goalkeeper, Iain Corbett and Seamus O’Carroll all saw action in the 3-17 to 0-8 defeat to Cork in 2013 and has remained central ever since.

“For any team success is important and when you look at Limerick in particular, it’s a big city and we compete with three or four other sports and if you are not performing, it’s very easy for younger players to look to other sports and that’s why the result in Thurles was important for Limerick football,” outlined O’Sullivan.

“We are aware of what the public perception is like of Limerick football and how it needed a lift, so a good day out means a lot of the players, who have put in a huge body of work over the last six months and even before that, year on year,” he explained.

“It was a huge confidence boost both in the short term and in the medium term. Obviously Limerick football needed a shot in the arm,” he stressed.

The win over Tipperary can be a foundation, suggested O’Sullivan.

“When you look at the work being done in the academy, that’s a positive thing,” he said.

Limerick were outsiders to beat the Liam Kearns managed Tipperary and the scenes of joy on the Thurles pitch after the final whistle was all the proof necessary of the value of the win to players, officials, management and supporters alike.

“It was very much needed from a player point of view and also for a lot of die-hard Limerick football supporters. You could see their passion on the field afterwards in Thurles. You know a lot of the supporters by name, which definitely helps and you feel you are representing them on championship day. Billy (Lee) stresses that a lot,” said the goalkeeper.

Limerick are again underdogs this Saturday but O’Sullivan isn’t daunted by the task at hand.

“There is plenty talent in our team and it very much boils down to performance from our end - we know the threats that Cork pose and from that point we are trying to work on a plan to nullify them and after that like any big championship game it’s about focusing on your own performance and getting the most out of yourself,” said the Limerick joint-captain.