Opinion: When the McManus Pro Am hats are gone, they’re gone! - Ivan Morris 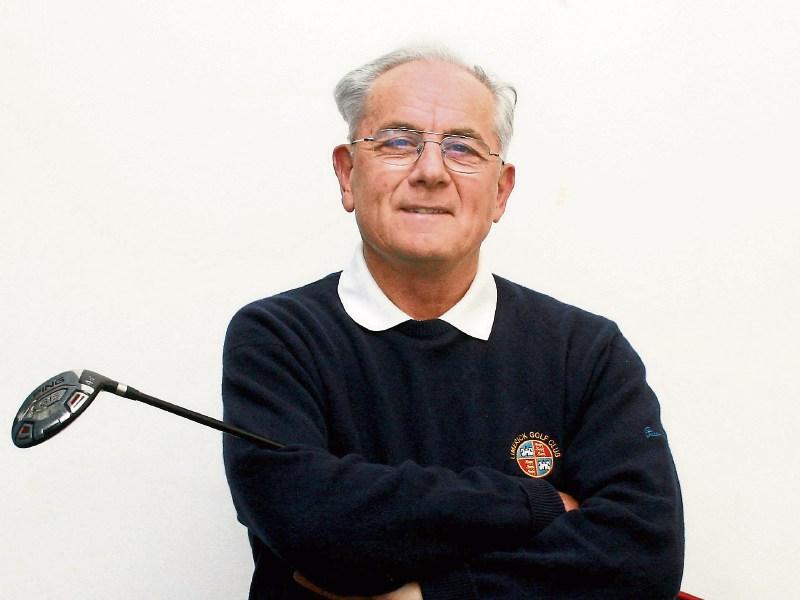 ABSENCE makes the heart grow fonder and everyone loves a comeback, preferably if it is from the dead! In terms of hype, nothing in my golfing lifetime has quite matched the reaction to Tiger's 15th major win in The Masters in April.

Not for the first time, Tiger has temporarily elevated golf to pole position in the ordinary sports fan's consciousness.

Although, I do not worship at the altar of the Greatest of All Time (GOAT) at anything, I am inclined to believe that Tiger Woods could have won another ten Majors by now and would unquestionably be recognised as THE GOAT of all GOATs, if he had not had his self-induced major-less, hiatus of 11-years.

As it is, he may not have to actually beat Jack Nicklaus's record of 18-majors, to be given the accolade. One more win, will bring him to 16-majors, which might do it because with just one more, other win in a regular, PGA Tournament will see Tiger beating Sam Snead's long-standing, all-time record of 82 wins.

To give himself the best chance of winning more majors, Tiger has been turning himself into a modern-day Ben Hogan, who, towards the end of his career played in only five or six tournaments per year including three of the majors (Ben never played in four in one year) He won almost every time he teed it up.

While, it makes sense for the injury prone to pace themselves, rest and recuperation can be overdone. Tiger fans in Limerick need not panic!

They actually get to see him play more often than most. As far as it is possible to guarantee anything, Tiger will be at Adare next year (6 and 7 July 2020) when the JP McManus Pro Am will be played for the first time since 2010.

Where did those ten years go? If it is another ten years before the next JP pro-am, Tiger will be a ceremonial golfer, long past his best.

There are only two ways of guaranteeing that you will be one of the (reduced) gallery at Adare next year to see Tiger in action for what could be the last time (or better still be part of the action yourself) 1) Play in one of the qualifying competitions organised in aid of local charities that are in full swing at present and have been proving as popular as ever or, 2) Purchase a (stylish and proudly wearable anywhere) entrance hat for €50 that are now on sale at jpmcmanusproam.com

Due to a reduction in the numbers who will be allowed to attend (for logistical reasons and by request of the European Tour) hat stocks will run out fast. As a certain advertising slogan says: When the hats are gone; they are gone! The wearing of the official, fits all sizes, 'Pro Am hat' is the ONLY means of entering the golf course, including children. In 2010, the crowds were (with hindsight) ‘too big and too difficult’ to manage safely and comfortably.

To improve everyone's experience in 2020, there will be a park and ride transport system in place; to simplify and speed up access and egress. Take it as fact: the ‘hatless’ won't be able to get anywhere near the venue.

Apart from buying entrance hats for all of the family via the website (details above), to be absolutely sure to be sure of gaining entry to the Pro Am as a spectator (no tickets or money will be accepted at the gate) active golfers should compete in one of the charity fund-raising qualifiers.

Doing so means you will also be ‘making a contribution’ towards a unique local event, as well as the charity of your choice. Everyone who submits to the ingenious, qualification method, really does have a fair a chance of playing in the main pro-am event next year too - as can be seen by the results so far.

Up until mid-May, in the 17-qualifier competitions held by then and with an average number of participants of 133, 18-teams have already qualified for the Grand Play-Off Qualifier next year.

As was hoped when the new, individual scoring system of qualification was conceived (instead entering as a team) with the best two scores out of three counting at each hole; all ranges of handicap have managed to qualify for teams that were selected randomly.

Four wins in eight starts is an almost unique run of form in majors. Brooks Koepka is the first golfer to simultaneously hold two back to back majors at the same time. Nobody else in golf history has done that. It's not a criticism but the recent PGA Championship is the 2nd major in a row where he's gone low on Thursday, and then each subsequent round has been higher. That's not so good! To remove all doubt about his dominant status, Brooks needs to finish stronger than he starts out. Surely, that's his next goal? All golfers need goals for improvement and I'm sure when he is looking in the mirror, Brooks is telling himself his latest win was not without its faults.