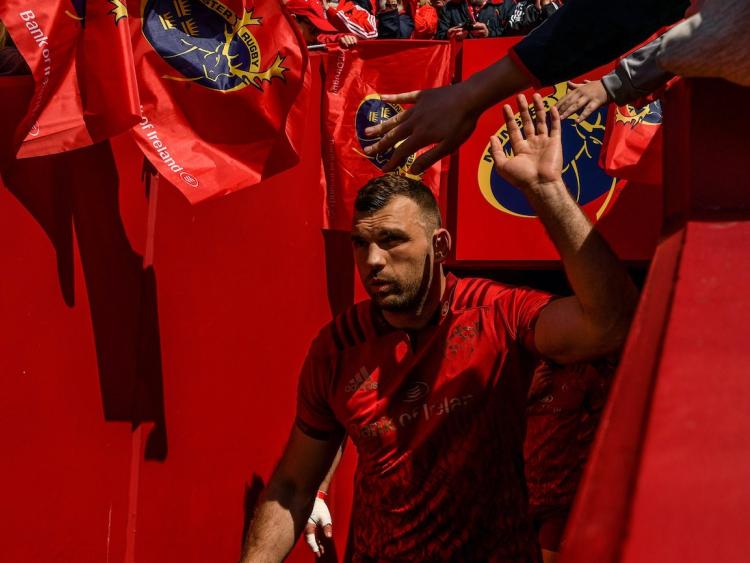 Tadhg Beirne, named on the PRO14 team of the season

The Guinness PRO14 Dream Team for the 2018/19 season was revealed on Premier Sports and eir sport after a media vote determined the best performing players from the current campaign, with Munster's Peter O'Mahony and Tadhg Beirne the only men in red to make the cut.

In total, 11 clubs are represented in a XV where competition in the voting was incredibly close, and only a handful of positions were selected with a clear majority.

Edinburgh, Munster, Connacht and Ulster were the only teams with more than one player in the Dream Team which includes the Guinness Players’ Player of the Season – Bill Mata of Edinburgh.

Only three players from last season’s Guinness PRO14 Dream Team have been selected with the second row pairing of Tadhg Beirne (Munster) and Scott Vardy (Leinster) getting the nod while John Cooney’s impressive performances at Ulster have kept him in the No 9 shirt. 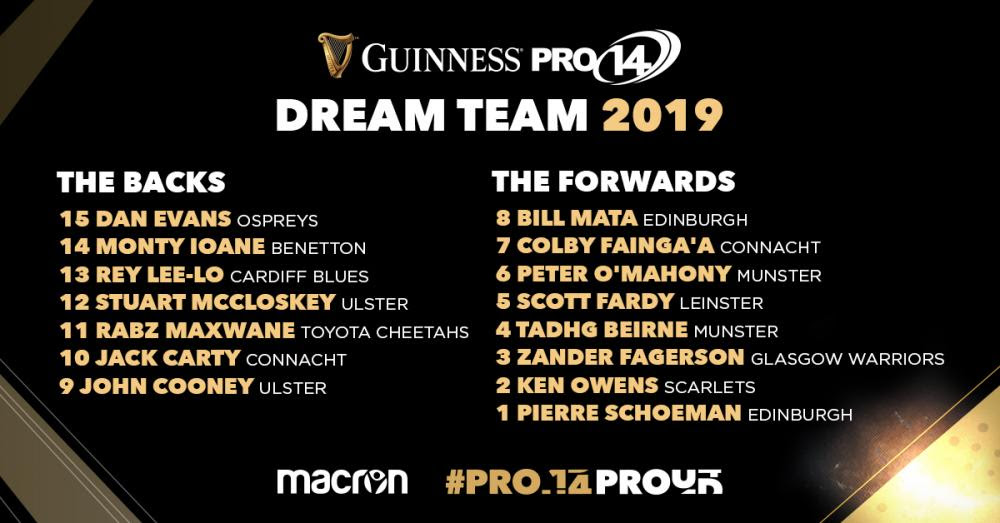 The team was revealed on a TV Special aired by Premier Sports and eir sport on Thursday night (May 23) where Rory Lawson, Sean Holley, Luke Fitzgerald and Murray Kinsella dissected and debated about who deserved their places and who was unlucky to miss out.

Please note: To be eligible for selection players had to appear in a minimum of Guinness PRO14 games. A media panel of over 75 including former players and coaches from across Ireland, Italy, Scotland, South Africa and Wales were invited to vote for the Dream Team.