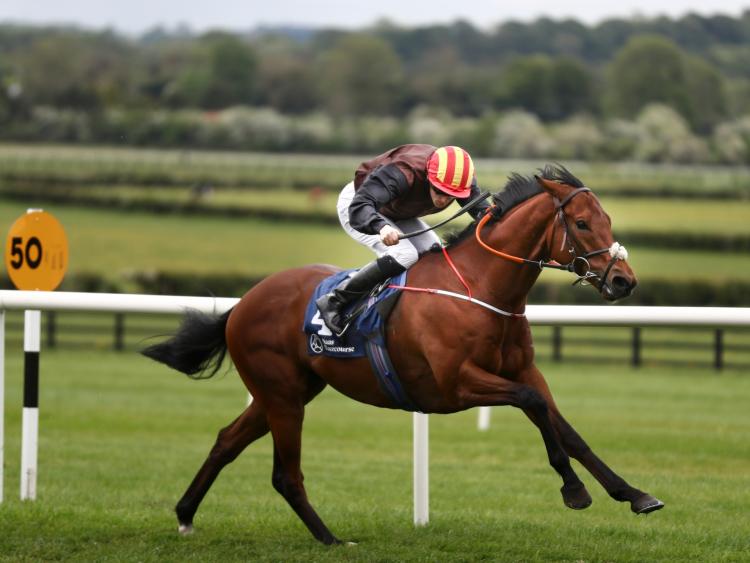 Charles Byrnes got punters off to the best possible start at Killarney on Monday evening where he saddled Doctor Duffy to win the 2m4f maiden hurdle. A strong 9/10 favourite, the six-year-old scored a comfortable victory over his nearest market rival Abyssinian in the hands of the in-form Phillip Enright for the Relicpride Partnership.

Byrnes and his old ally Davy Russell combined to take the mares’ maiden hurdle at Punchestown on Wednesday with dual bumper winner Run For Mary. Supporters of the 2/7 favourite might have been worried with three hurdles to jump but she picked up well going down to the final flight to beat Fulysse by two lengths.

Billy Lee and Willie McCreery continue in the best of form and they won the fillies’ maiden with 7/1 chance Tipitena at Killarney on Monday evening. The winner will now go back up in class for the Group 3 Munster Oaks.

Lee was back in the winners’ enclosure at the same track the following evening where Foxtrot Liv ran out a thoroughly impressive winner of the median auction fillies’ race for Cashel trainer Paddy Twomey. A strong 4/7 favourite, she could reappear in the Irish 1,000 Guineas at the Curragh and Royal Ascot is also on her agenda.

Chris Hayes and Fozzy Stack won the opener at Leopardstown on Friday evening where Mohican Heights made all the running to land the 7f maiden at odds of 14/1. On the same evening, Oola jockey Cathal Landers was on the mark at Kilbeggan where he partnered the Dot Love-trained Gotthenod to win the 2m3f maiden hurdle.

The concluding Thank You Tom Ryan Handicap at Naas on Sunday was won by the Madeline Tylicki-trained Port Lions, which was ridden by Billy Lee. The race was run in honour of outgoing racecourse manager Tom Ryan, who will soon depart Naas Racecourse after 13 years.