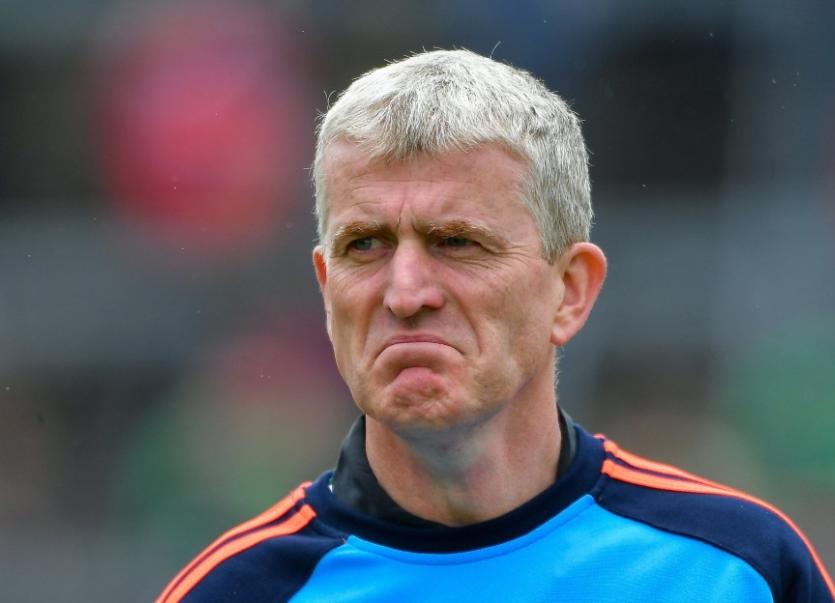 THERE were no excuses from John Kiely but the All-Ireland winning manager was at a loss to explain Limerick’s poor second half showing in Sunday’s seven point loss to Cork.

“We were happy with our own preparations coming into the game but you never really know until you have a championship match and clearly we are not where we need to be - we have a lot of work to do,” stressed John Kiely.

“We got what we expected; a good performance from Cork - coming down here they lost their game last week and they obviously dug deep and found a performance and it was better than our performance and that’s the bottom line,” said Kiely.

”In many respects we got exactly what we expected - a good strong response from Cork after their loss last week. We coped well with that in the first half - we showed plenty energy and created plenty scoring chances and I thought we were in a reasonably good position at half time but Cork showed the great urgency in the second half and showed the greater hunger in the second half - they were first to the ball far more often in that second half. If you are not on the ball and you don’t take your chances, then you ain't going to have a chance,” he outlined.

“We obviously have to sit down and have a look at what we did this week to see is there any particular reason but at the moment I don’t have the answer to that. I only know that the result is the result and that we got very well beaten in that second half.”

He added: “We have got to go and get a result the next day and that’s the bottom line”.

“I see very little chance of us being able to make it through without winning down there. I don’t know what the maths is going to be like at that stage but listen, let’s face it, we’ve lost our first game, we need to get something out of that second game. We have to go and get a result.”

Limerick and Waterford will be a repeat of the Allianz League final and The Decies have now lost twice in the Munster SHC.

”Yeah and they’re going home and I’m sure they’ll want to show a great deal of pride in their performance at home the next day as well. Listen, at the moment, it’s all about ourselves. We’ve got to have a good hard look at ourselves before we look at anybody else because what we did outside there today wasn’t good enough.”

Kiely was left searching for answers.

“Sometimes when things are off, they’re just off and that’s just the way it is. Today we were off. We were not on the money today and even in the first half there was uncustomary missed pick-ups, missed touches, missed dropped balls, missed pick-ups, poor handpasses, there was a litany of stuff that we would just normally do very well but which we had to work twice as hard to do any way half right today and we could see that there was a certain degree of finding it difficult to get into our rhythm today.”