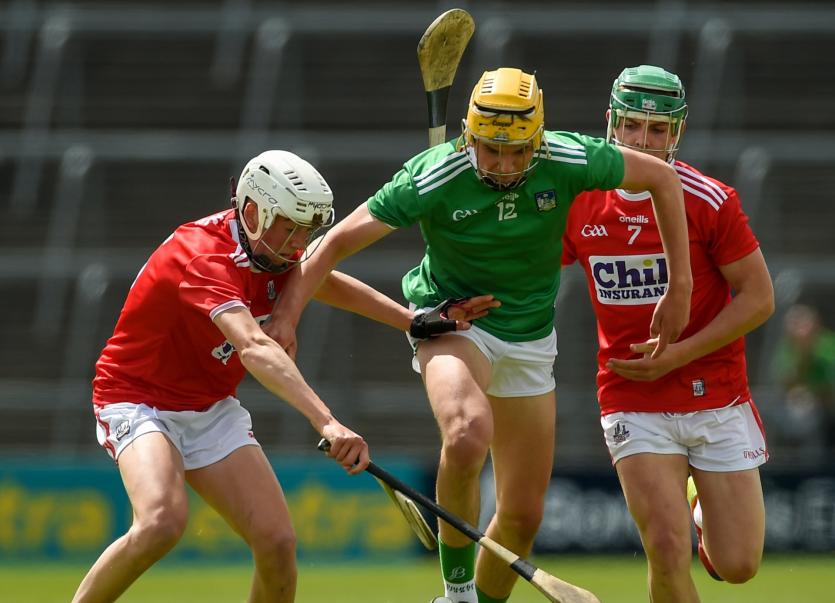 Limerick were slow to start but then dominated for long periods until Cork battled back to level for the sixth and final time in the 63rd minute.

Limerick are away to Waterford in two weeks time.

Limerick were 0-9 to 1-5 ahead at half time and that was after their trailed by five points after 13-minutes.

It was a half when the sides were level on three occasions and Cork had six wides, compared to four for Limerick.

It was a nervous opening for Limerick with Cork punished two early errors from goalkeeper Jack Franklin to lead 1-2 to 0-1 after eight minutes. Perhaps the benefit of playing and beating Tipperary the week, had The Rebels sharper in the opening exchanges.

The goal was a fine move, finished by Darragh Flynn after a Jack Cahalane pass.

Moments later Franklin redeemed himself with a fine save to deny Cahalane a second Cork goal.

Limerick were also helped by four early Cork wides when they were on top.

Diarmuid Hegarty opened the Limerick account from play in the 10th minute and while Cork did do 1-4 to 0-2 clear, it was soon the home side that were dominant.

Six unanswered points were to follow for Limerick, led by Patrick Kirby from midfield.

The Patrickswell man, one of six survivors from last season in the team, scored a point and went close to a goal to spur Limerick into action.

Cathal O'Neill was to finish the half with four pointed frees and Aidan O'Connor and Patrick Reale were also on the mark during the Limerick period of dominance.

Ahead of three minutes of injury time, Limerick had forged ahead for the first time since O'Neill's opening point after 39-seconds.

Sixteen minutes without a Cork score came to a close with another score for Flynn but a second point of the half from Aidan O'Connor ensured the interval lead for Limerick - 0-9 to 1-5.

Limerick had the aid of the gentle breeze in that opening 30-minutes, though.

The fine Limerick form continued in the second half and they were 0-17 to 1-9 ahead entering the final quarter with Adam English and Aidan O'Connor with fine points.

O'Neill's 60th minute point had Limerick ahead but it was Cork free-taker Darragh Flynn that secured the draw with a late late point.