Opinion: Nothing can compare to Limerick in Munster Hurling Championship - Jerome O'Connell 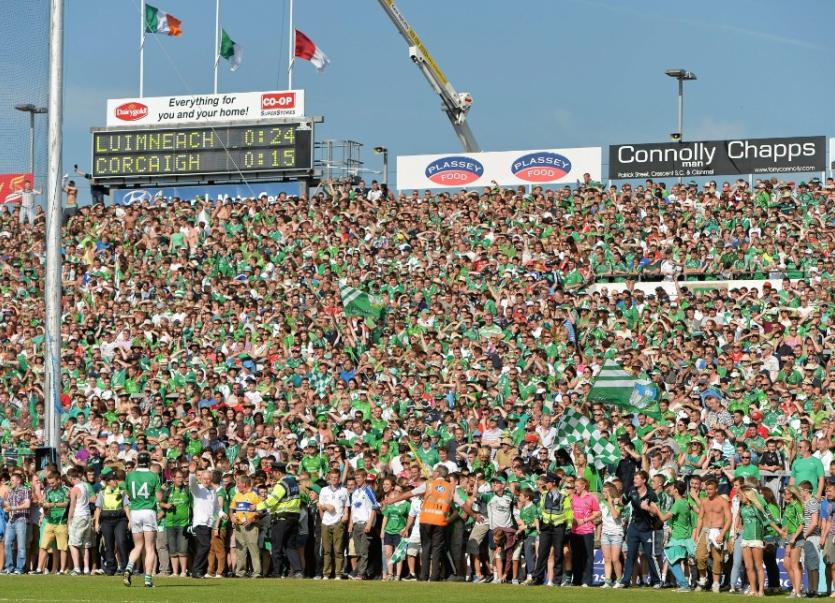 THERE are days when I would be much rather be in the stand than the press box and Sunday is one such occasion.

A break from Brexit, a break from the ills of the world, it’s Munster Hurling Championship.

Transport me to the LIT Gaelic Grounds at 4pm Sunday right now or maybe a bit earlier because this should be an occasion to savour.

John Kiely put it best at the launch of the Munster SHC:

“To be honest while it was nice to have a good Spring, nothing compares to championship and that’s the bottom line and our attention switched to May 19 very quickly,” said the Limerick manager.

Sunday will be nine months to the day that Declan Hannon hoisted the Liam MacCarthy Cup high in the Hogan Stand and while Limerick have played 10 competitive games already in the 2019, all eyes have been on this Sunday for some time.

Limerick-Clare in ‘96, Limerick-Tipperary in 2007, the 2013 Munster final all days when the Ennis Road stadium rocked and there is no suggestion that Sunday will be any different.

It’s days like this the Davin Arms is missed, but thousands making their way down the Woodfield hill or streaming up past Supermacs is a scene that is good for the soul.

Estimations suggest close to 40,000 will be in the LIT Gaelic Grounds when Cork come to town with 20,000 sold by Monday lunch-time as championship fervour just starting to simmer.

By the time referee Paud O’Dwyer loosens his grip on the match sliothar at 4pm on Sunday, that fervour should be nicely at boiling point.

Not since 1937 has a Limerick team played a home championship game as the reigning All-Ireland champions making Sunday a most unique occasion.

But for all talk of occasion, there is a match that needs to be won.

Seven times Limerick and Cork have met during the John Kiely tenure and it’s worth remembering that in the last three starts, Limerick have failed to lower in The Rebels over 70-minutes.

The Tipperary win over Cork last Sunday has made the on-field situation all the more interesting with the men in red coming to Limerick fighting for their very championship survival and it’s just the third Sunday in May. While another defeat won’t eliminate Cork, they would be very much on the back-foot.

Limerick can’t and won’t have focused on Cork.

The league defeat to John Meyler’s side is the perfect example of what can go wrong if Limerick don’t bring their best performance to the field.

Quite simply, if Limerick are at their best I think they win. But Limerick and Cork have a built up quite a rivalry in recent times with  games taking on a life of their own – including a pre-championship challenge game back in April 2017 in Old Christains GAA grounds in the city.

I have written previously that were I to pick the team, it would be that which started in Croke Park nine months ago but there is no doubt that those wearing 19-26 will play a big part in the closing quarter and the options are plenty for Kiely and Co.

Last weekend both Cork and Waterford were under par and yet a late flourish could have seen either profit and I expect Limerick to have the edge down the home straight and give all supporters on Shannonside a day to rival Limerick-Clare in ‘96, Limerick-Tipperary in 2007 and the 2013 Munster final.