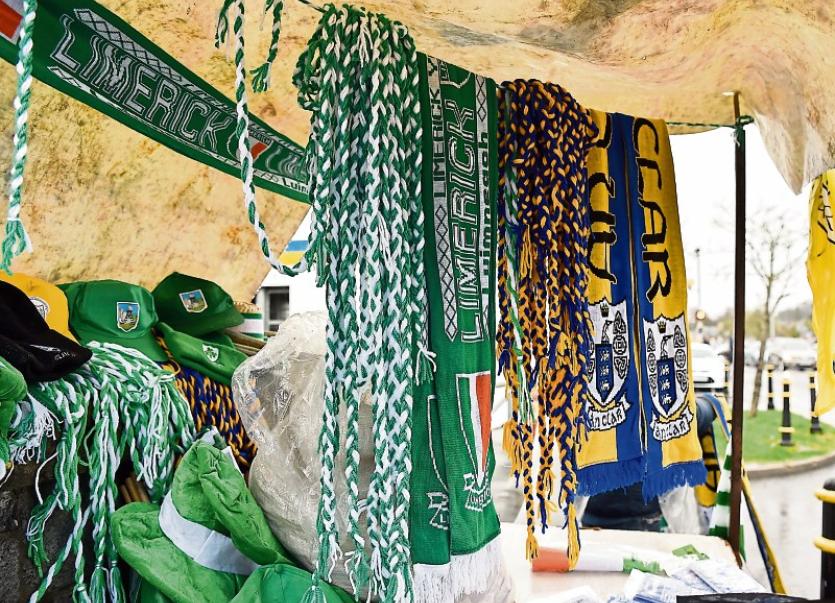 Hats, flags and headbands, it is that time of the year again

Memories of a classic Munster championship in 2018 are still fresh in my mind. It will be remembered as a very special year in the lifetime of great Munster championships. As the clock ticks down to the start of another year we can only hope that we will see more of the same this year.

Indeed this year will have a lot to live up to but before a ball is kicked or struck I get the feeling we are in for a continuation of what we had last year. The Munster championship holds a special place for hurling supporters and while some people were prophesying about its demise some years ago I think the championship as we know it is around for many years to come.

From my earliest childhood I can remember great hurling men discuss great games of the past. I can still hear them talk about Ring, Mackey, Doyle and a host of others. Every time they spoke about the games the drama was increased.

The Munster championship is the pulse of summer. It is the fuel that takes hurling people from one Sunday to the next. The tradition of going to games is passed down to young boys and girls and many of them now are building a new tradition for themselves with their own children.

There is a great air of anticipation about this years championship. Limerick are seen as the team to beat as All-Ireland champions.

They didn’t win the Munster title last year and in some respects that might have been of assistance to them.

The extra games they had certainly benefited them as the year progressed. It would be a brave man that would call the three teams that will come out of Munster at this stage.

Small margins will decide big games and winning home games will as last year be hugely important. In a weeks time we will have a double header to open the championship. Tipperary will travel to Cork while Clare make the journey to Waterford.

Both games have all the ingredients to bring their own share of magic and it will be particularly interesting to see how Clare fare down in Walsh Park.

Liam Sheedy is back for another stint in Tipperary and he will want to set a good foundation when they face Cork. I am expecting some big performances from Cork. Losing a six point lead with nine minutes to go against Limerick in the All-Ireland semi final is the gas that has boiled their pot all winter.

Cork have dominated the Munster championship for the past few years but they have failed to make progress from there on.

They had little interest in the National League, for them it was total focus on the championship 2019. We will learn how successful that focus has been against Tipperary.

If they manage a win in that game then they will come with a major pep in their step when they face Limerick a week later in the Gaelic Grounds.

There are still question marks about Cork and most of them centre around their defence. If they have found a way to seal the leaks then they will be formidable.

They had the better of Limerick when they played them at the Gaelic Grounds a couple of months ago. Limerick had qualified but Cork came for the win regardless.

It was about leaving a message. Limerick went onto win the league and quite simply they have been exceptional in backing up their All-Ireland win.

Tipperary are still calling on a lot of the same players that brought them success in the past. Two or three of their All Ireland U21 team will come in but overall they are still looking for the same guys to deliver.

Sheedy has the craft to lift Tipperary and on any given day they will trouble any team. They still have players particularly in attack that will hurt any defence and they have the bite then one would be very foolish to write off Tipperary.

If Cork felt hurt about last year then Clare would have been in the stable next door. They played some fantastic hurling and came so close.

I would see them as a real threat to Limerick. They have the elements that could live with Limerick and the game against Waterford will be very interesting. Playing in Walsh Park will challenge any team and Limerick must go there also.

Clare went down to Waterford in the same venue in the league but they looked a disinterested team that day. They didn’t put themselves out but it will be all together different next Sunday. They will target a win there. They will want to send out a message.

Waterford fell badly to Limerick in the league final but is that the measure we gauge them from? I don’t think so. They have a good player base and like many times in the past when they are going well they are very hard to beat. They will need some of their big guns to deliver and right now we really don’t know where Waterford are.

By any standards the Munster Council are giving great value for money when you look at the ticket prices for games. They are reasonable when you think of the quality on offer.

Consider the prices for games in the championship compared with other sports. There is no comparison. Twenty euros is fantastic value and makes it accessible to everyone.

The Munster Council deliver a good product and also plough funds back into clubs in the form of grants. Every club in Munster has benefited at some stage from those grants. Nothing beats the taste of championship, nothing beats the joy of seeing great players delivering on the biggest stage.

I am looking forward to seeing what unfolds as the summer progresses as only the paint on the goal post separates the teams on any given day.

One of the disappointing aspects since Limerick won the All-Ireland was how they were treated by Limerick City and County Council.

It was a disgrace how late they put up flags before the All-Ireland last year but still people couldn’t wait to pull the cup out of Declan Hannon’s hand when the team came back to Limerick.

It was an insult that neither the team or the Liam MacCarthy Cup took part in St Patricks Day celebrations.

It was a very poor show by the council. These same people are far more productive when Munster Rugby are playing.

Now, let me say I have gone to see Munster play. I watch their games but they are a province not a county. The time has come for those in City Hall to get their act together.

Get those flags up and have pride in those young men representing Limerick. It not asking too much is it?

In the week that Limerick footballers play Tipperary in the Munster championship it was sad to see the passing of former manager Raymond O’ Hagan.

He was a passionate football man and was in charge when Limerick football survived on bread crumbs. Those that played for him spoke so well about him this week.

His love of GAA was unparalleled, he made his adoptive home in Limerick and was so well respected. To his family, friends and club I offer my sincere sympathies.

For more of Martin's columns see #LLSport on social media.