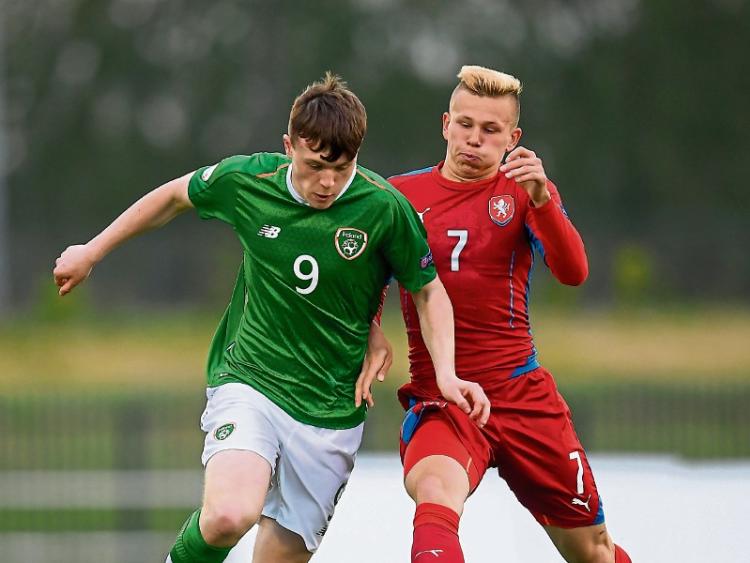 MADE the road trip to Waterford on Bank Holiday Monday for the Republic of Ireland’s UEFA European U17 Championships Group A fixture with the Czech Republic at the RSC.

Credit to all at Waterford’s RSC for their organisation of the game on Monday night.

The evening ran very smoothly and Irish fans went home happy – well reasonably so – after as 88th minute goal from Andrew Omobamidele gave the host nation a share of the spoils in a 1-1 draw.

The attendance of 2,613 enjoyed the game and the whole sense of occasion.

The tournament features 16 nations, divided in four groups, with the final due to be played on Sunday, May 19.

What a pity more of the games were not played outside of Dublin. The only two venues used outside of Dublin (and Bray’s Carlisle Grounds) were Waterford’s RSC and Longford’s City Calling Stadium, each of which staged four group games.

With the excellent road network, it would have been great to have played some more group games at the Markets Field, Turners Cross, Eamonn Deacy Park for instance.

What a brilliant opportunity it would have been for more young children and adults to see the cream of the crop of Europe’s top U17 footballers in action in their own city or town.