Championship time for footballers of Limerick with tough Tipperary test 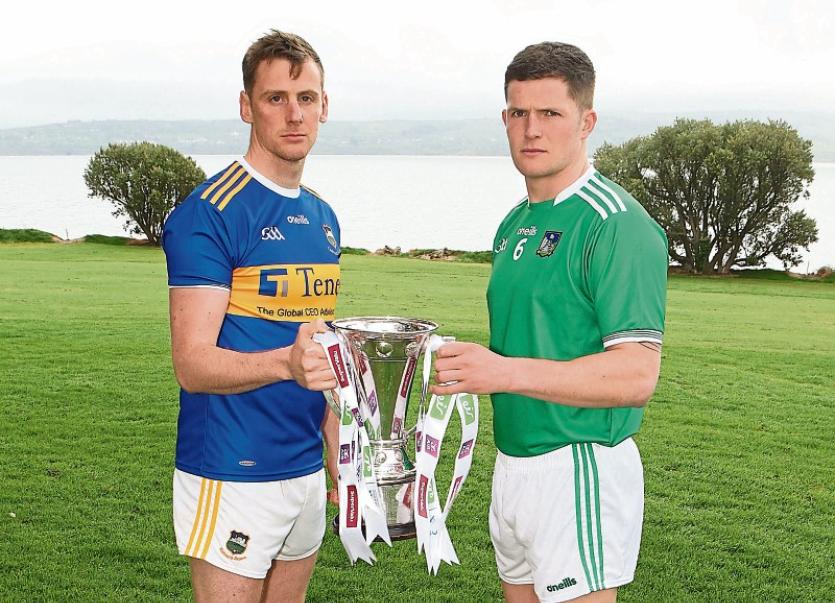 LIMERICK bid to end a run of six seasons without a Munster SFC win this Saturday evening when they travel to play Tipperary in the provincial quarter final.

The May 11 encounter in Semple Stadium Thurles has a 7pm start in what is the first championship meeting of the sides since 2014.

Limerick are 9/1 outsiders to reach a June 1 semi final with Cork in Pairc Ui Rinn.

Standing between Billy Lee and a Limerick win is none other than former Treaty boss Liam Kearns, who guided Tipperary to an All-Ireland SFC semi final in 2016.

That same year Limerick scored their last championship win - beating Antrim in a Qualifier - the only win in the last 10 outings.

“Everyone in our panel would bite your hand off if you offered us a chance to beat Tipp,” said joint-captain Iain Corbett.

The Newcastle West man is just one of five players in the panel to have won a Munster SFC game on the field of play – Corbett, Donal O’Sullivan, Sean O’Dea, Darragh Treacy and Seamus O’Carroll.

“That’s an issue with confidence but we can only deal with the present and that’s what we are trying to do. I think the biggest issue is keeping the core of the side, which has changed a lot in the last few years. If you look at performances; I thought Sean O’Dea was outstanding throughout the league and he has had a few years and that’s what is needed to get consistent at this level of inter-county football,” outlined Corbett.

“We would like to think that we have improved obviously but when you see the league table it might say we haven't but inside the squad we feel we are further down the line - lads are more comfortable being inter-county footballers and the next step now is to get results,” stressed Corbett.

“Winning is a habit and we have fellas that are kicking six or seven points for their clubs and just aren't doing it at inter-county and obviously it’s a tougher level but confidence is number one.”

Limerick last played Tipperary in Thurles in the 2009 championship when current selector Sean Kiely was in goals for winners Limerick. But the tables have turned now and those in blue and gold are hotly fancied to send Limerick into the June Qualifiers.

“By and large they will be a pretty similar team to the one that played in the All-Ireland semi final so we are under no illusions as to the challenge we are up against but it’s championship and anything can happen on any given day,” said the Limerick captain.