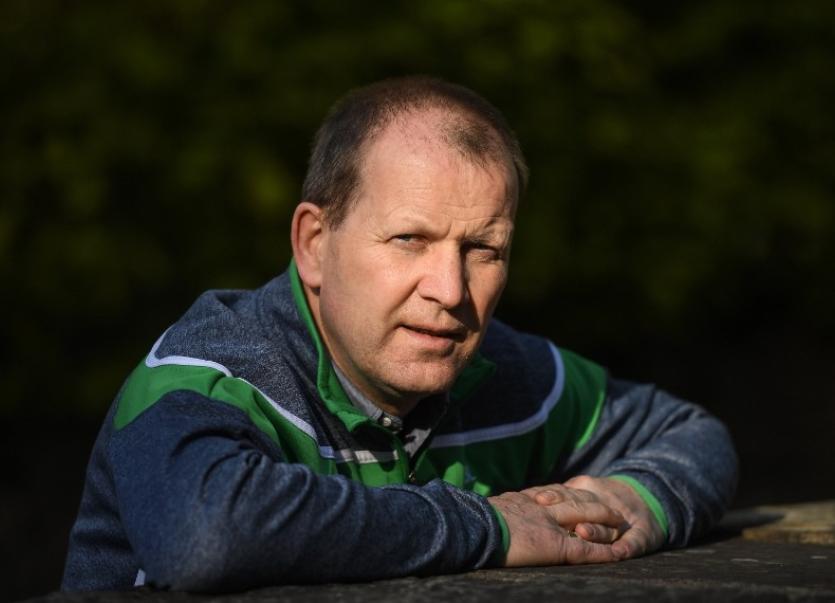 FOR six seasons Liam Kearns and Billy Lee walked the sideline together in the Limerick football management.

That 1999 to 2005 era brought Limerick football to unheralded heights with Kearns, Lee, Brian Kelly and Dave Moriarty at the helm.

On Saturday, Lee and Kearns will be in opposite dugouts in Thurles when Limerick and Tipperary meet in the Munster SFC.

“I always tell him those Tipperary colours don’t suit him!” joked Billy Lee ahead of Saturday’s provincial quarter final tie.

“Myself and Liam are great friends for a long time outside of GAA. We will treat eachother with respect and I know Liam had six great years with Limerick and really enjoyed it and it set him on his journey of inter-county management. There will be a bit of banter and I won’t let the moment pass along the line,” explained Billy Lee ahead of this third championship campaign as Limerick manager.

Lee and Limerick are still searching for a championship win and after last season many expected a change with Lee close to withdrawing his side ahead of the Munster SFC game with Clare due to an administration issue.

“It’s like anything in life - people are passionate about different things. I have been involved in Limerick football for many, many years over three decades and it’s a labour of love in many senses. Don’t be under any illusions, it’s hard work and difficult to try and get results and to get people to understand that this is a journey that we are on,” replied Lee when speaking to the Limerick Leader at the Munster Championship launch in Waterford.

“​I don’t see it as anything other than a past time and it’s an honour to have a position like this, irrespective of the level we are at in terms of Division One, Two, Three, Four. Every day that you go out, you are helping someone grow in themselves and there is a lot to be got from that and sure it keeps us young too, not that my hair shows that!”

It’s 2012 since Limerick last won a Munster SFC game and from the outside looking in, Limerick’s All-Ireland SHC title success may not have helped football on Shannonside. But Billy Lee doesn’t agree.

“It certainly didn’t make it more difficult for us. I have heard people say that to me but certainly not. Hurling has always been the number one GAA sport in this county and nothing has changed. We were all above in Croke Park in 1994, ‘96 and in 2007 and the cup was never filled but the love for hurling never changed,” explained the Newcastle West man.

“Winning it is brilliant for all of us and it’s great that we have our own people that we can look up to within our county. The old saying is that a rising boat lifts all tides and I believe that - if our lads can see what the hurlers are doing to make them successful, then i think its positive. We both train on Tuesday nights in Mick Neville Park and there is no them and us,” he stressed.

Ahead of the 2019 campaign, Lee’s backroom team was altered with Cork All-Ireland SFC winner Paudie Kissane departing and later joined up with Liam Kearns management in Tipperary.

“We have a tendency to go looking for outside people but we have people in Limerick that are every bit as good as those who people think are better outside the county,” emphasised Lee.

“Brian (Begley) has been successful as a coach - winning an All-Ireland with Mary Immaculate. Sometimes we make heroes of people from other counties because they might have more of a football tradition but Brian is very professional, a really strong character and has a great presence on the training ground. He has been there and done it at the highest level - he played in an All-Ireland hurling final and he has the respect of people when he is talking,” explained Billy Lee.

Begley played on those teams under Lee and Kearns over a decade ago when Limerick football was riding high.

Ahead of Saturday, Limerick have beaten just Waterford, London and Antrim in championship since contesting the 2010 Munster final – losing to Kerry by three points.

On Saturday they face a Tipperary, who were 2016 All-Ireland semi finalists and played Division Two league.

“It’s a challenge, but we will look forward to it because it’s all part of the learning curve. We will have our targets and winning it is obviously one and we ain’t going to fear that challenge because a team is supposed to be better than us - we will go out there and put our best foot forward and attack the game as best we can attack it and see where it goes,” said Lee.

Limerick are off the back of a league with early wins over London and Waterford, but then five defeats.

“It did appear there was more to our performances with lads playing better and there is no doubt about it that the experience they had last year has stood to them - they were thrown into the deep end of things and it was sink or swim and in fairness to the lads they swam.

We have a lot of work done and there is more to do and not just this year but for the next year or two or three in developing a squad fit for purpose and having competition within that squad - certainly this year was a significant jump forward in that journey,” said Lee.

“​My tenure comes to an end this year and whatever will come, will come and that’s up to other people to look at it and assess it but ultimately it’s about results but I do think there were one or two more games I felt we should have won - the Leitrim game and Wexford game spring to mind.”