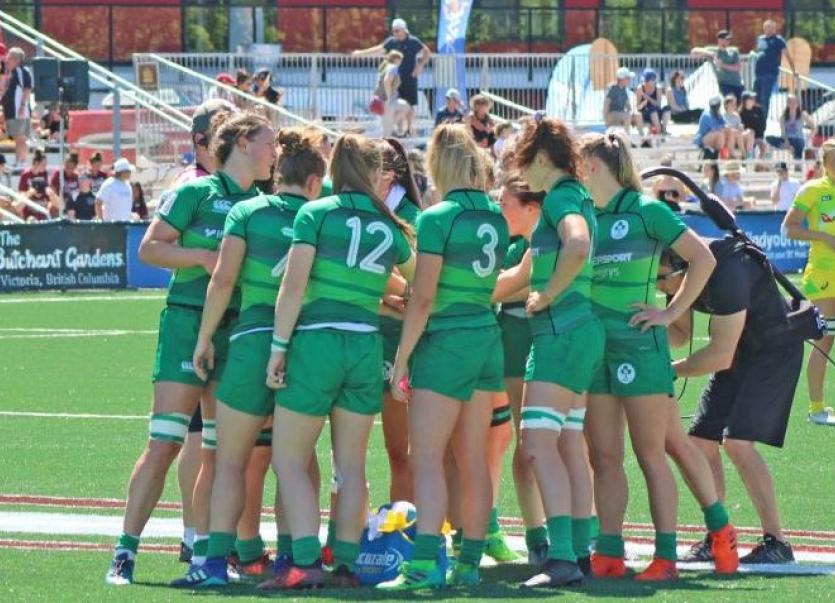 Ireland 7s are in Canada this weekend

Ireland Women’s 7s Coach Stan McDowell has confirmed his squad for the penultimate round of the 2018/19 HSBC World Rugby Women’s Sevens Series in Langford this weekend. There is one change to the squad that finished in 7th Place at the previous round in Kitakyushu, with Lucy Mulhall unavailable having picked up an injury at the Japan tournament. Kathy Baker comes into the squad, which will be Captained by Amee-Leigh Murphy-Crowe.

Murphy-Crowe played in her 100th World Series game in Japan and the 24-year-old is second top-try scorer on this year’s series with 23 tries.

The side includes 19-year-olds Eve Higgins and Megan Burns. Higgins has scored 62 points in 12 games this season, while Burns made her Series debut last month in Kitakyushu.

On confirmation of the side, McDowell said;

"It’s been a quick turnaround for the team after Kitakyushu, so the last two weeks have been used to review the performances from Japan, let the bodies recover and get prepared for two big days in Canada.

We have a relatively young side for the this tournament, and this provides a great opportunity for this group to step up and demonstrate what they are capable of.

The Canada 7s is one of the team’s favourite stops on the series and I know the players are looking forward to running out there on Saturday and Sunday."

It will be the fourth year that the Series visits the Westhills Stadium in Victoria, British Colombia, and Ireland are drawn in Pool A with Australia, Brazil and hosts Canada.

The series will conclude at the Biarritz 7s on the 15th and 16th June.

Ireland will then compete at the Rugby Europe Olympic Repechage on the 13th and 14th July in Kazan, Russia, where the winners will secure a place at the Tokyo 2020 Olympics.