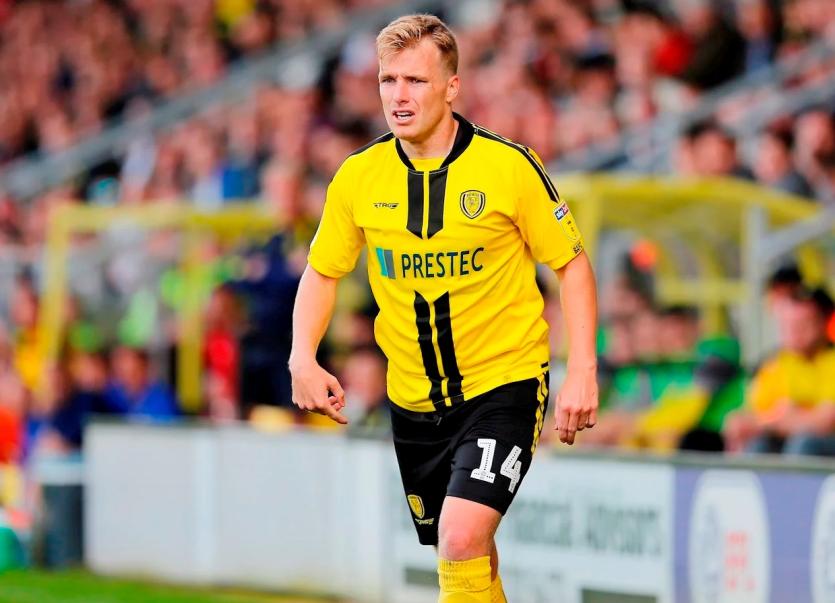 It was confirmed this Tuesday that the Croom native will depart the League One club.

Left back McCrory, is the Brewers longest serving player but has not been offered a new deal for next season.

"He has been a brilliant servant for seven seasons but with Colin Daniel coming in and Reece Hutchinson’s emergence that is why he moves on," said Burton manager Nigel Clough.

"He was a bit emotional after the game on Saturday as you would expect after seven years. He is one of the stalwarts who has been responsible for the team going up the leagues," said the former England international.

“I don’t see any problem with him getting fixed up somewhere next season,” stressed Clough, when speaking to the official club website.

McCrory, 29, confirmed his departure with a brief statement.

"Wow, not sure how to start this but what a seven years it's been," said the Limerick man.

"Ups and downs but mostly been a lot of ups. What a fantastic group of players I have played with and made friends for life. Burton Albion AFC has been an absolute pleasure to play for and I'm very grateful to all the fans ho have supported me along the way," said McCrory.

"Two play-offs, two promotions and we battled till the end to try maintain our championship status but it wasn't meant to be. I will treasure those memories forever. Big thank you to all the staff, chairman, and managers I played under over the years. Wishing you all the best for next season," he concluded.

The Croom man signing to Burton in the summer of 2012 from Dagenham and Redbridge.

McCrory started his career in the Championship with Plymouth Argyle as a left sided midfielder with loan spells at both Port Vale and Grimsby Town.

He has also represented Republic of Ireland at U18 and U19 levels and was Albion's Players Player Of The Season in 2013/14.