Johann van Graan: 'Munster improved side from 2018 loss to Leinster' 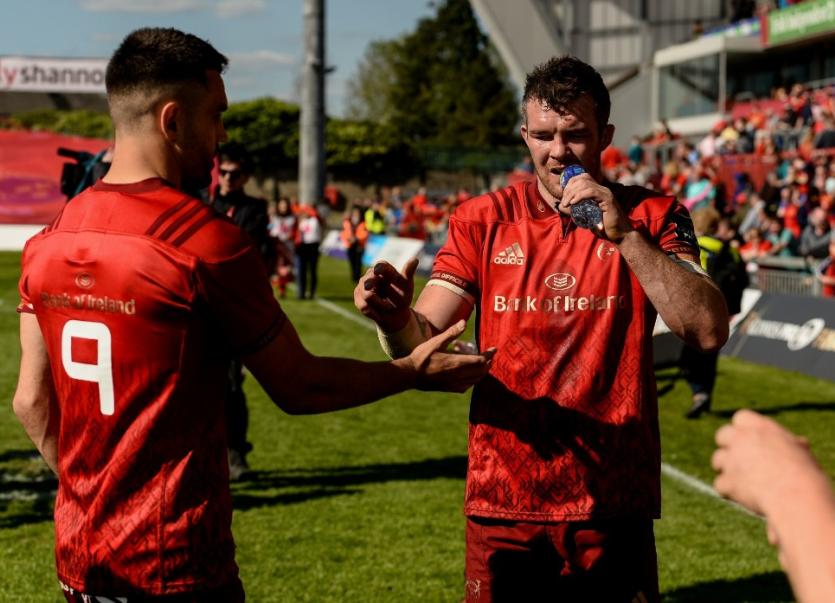 MUNSTER head coach Johann van Graan insists has improved since their Guinness Pro14 semi-final defeat to Leinster at the RDS a year ago.

Van Graan's charges will face arch rivals Leinster another Pro14 semi-final at the RDS on Saturday week, May 18 at 3pm.

Munster edged past a gallant Benetton Rugby side in their quarter-final showdown at Thomond Park on Saturday with a 76th minute JJ Hanrahan penalty securing victory for the home side after a disappointing display.

Pro 14 semi-final opponents Leinster will take on Saracens in the Heineken Champions Cup final in Newcastle next Saturday, a week before their big interprovincial clash with Munster.

Van Graan insisted his squad had progressed from their semi-final date with Leinster in 2018 in Dublin which ended in a 16-15 success for the home side.

Van Graan said: “I definitely do (believe Munster have improved in 12 months). I think if you actually really analyse we’ve added an awful lot to our game, that’s for sure, and particularly in our attacking game. I think in our fitness as well.

"I think there was only one point in it last year and it came down to very small moments so I think we’re definitely better equipped this year to give it a better crack.”

Asked how the result of Leinster's big Heineken Champions Cup final showdown with Saracens next weekend might impact on Munster's PRO14 semi-final opponents the following weekend, van Graan said: "I’m not even going to try and speculate about that. It was the exact same thing last season.

"We played Edinburgh here, they (Leinster) went to Bilbao in Spain, they won the Champions Cup. It’s going to be massive for them and Saracens, clearly currently the two best sides in Europe, and from Munster’s side we wish both teams well.

"They are fantastic sides, we’ve played both of them this season, and it’s great to wish people well as well. So good luck to both sides and we’ll just focus on ourselves, do what we need to do and then in two weeks time turn up for the semi-final in Dublin."

Hero of Munster's win over Benetton, Hanrahan, said the side would take confidence from their thrilling victory over Leinster at Thomond Park last December in the Guinness PRO14 regular season

Hanrahan said: “It was massive for the dressing room. Particularly I think it was great to get it at home as well. We know at home they’re going to be a different animal up there, it’s a different aspect going up to Dublin to play them but look, Johann’s mentioned a few times how good they are.

"They’re definitely one of the top two sides in Europe and they’ve shown that because of the way they’ve played and obviously they’re in the final, so it will be interesting to see who will come out on top of that next week.

“We’ve got a lot of work to do and we’ll go back to the drawing board and we’ll make our plans and we’ll give it a crack when we get up there.”