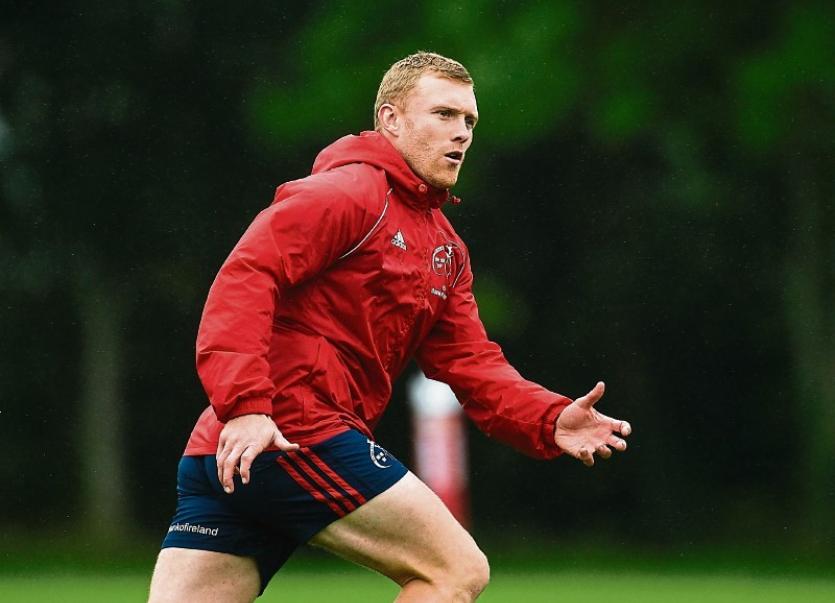 THE Munster side has been named for Saturday’s Guinness PRO14 quarter-final against Benetton Rugby at Thomond Park, 3pm.

Scrum-half Conor Murray and winger Keith Earls are both included in the starting line-up for the knock-out tie with the Italians after being passed fit to play. However, out-half Joey Carbery, who has been troubled with a hamstring injury in recent weeks, is not named in the matchday squad.

Peter O’Mahony captains the side with three changes to the team that defeated Connacht last weekend as Rory Scannell, Earls, and Murray come into the backline.

Mike Haley starts at full-back with Andrew Conway and Earls on either flank.

Scannell and Chris Farrell pair up in the centres with Murray and Tyler Bleyendaal in the half-backs.

Dave Kilcoyne, Niall Scannell and Stephen Archer pack down in the front row.

Jean Kleyn and Tadhg Beirne start in the engine room with O’Mahony, Chris Cloete and CJ Stander completing the side in the back row.

Kids go free for the clash. Match tickets are available from €25 online at www.munsterrugby.ie and supporters can order two free Junior tickets with each ticket purchased.