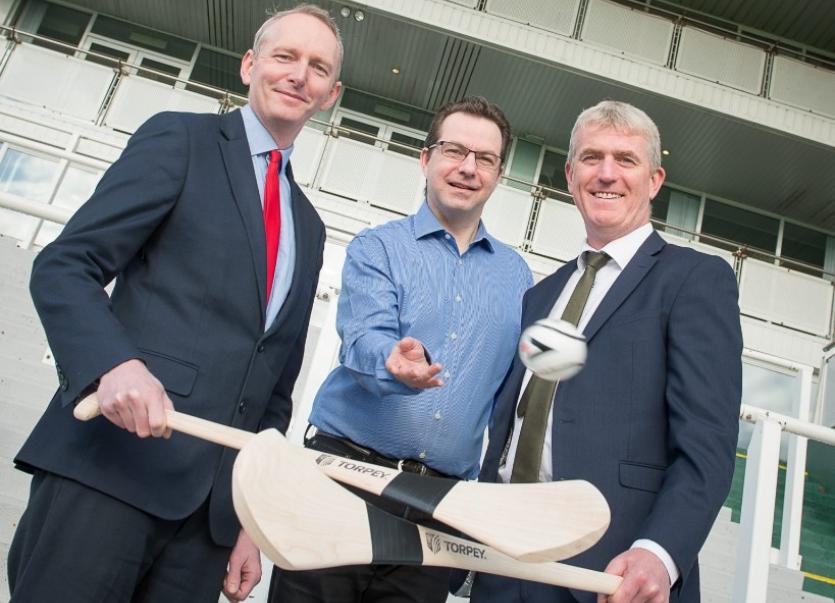 ALL-IRELAND winning manager John Kiely has revealed details of a one page vision for his team, that he moulded during his six-week deliberation after being offered the role of Limerick senior hurling manager.

Kiely was the keynote speaking this week at an Upskilling the Mid-West event in Limerick Racecourse.

He spoke for 40-minutes on 'How to build and motivate a high performing team'.

Emphasising the "importance of a vision when you are starting from scratch", Kiely shared with the large attendance the one page blueprint, on which he has based his tenure as Limerick senior hurling manager.

Kiely told of the characteristics he wanted in both his management team and his players.

"My management team should be built around a shared dream, a shared vision and a shared plan with shared leadership responsibilities. And characterised by our commitment, our dedication, our work-ethic, our professionalism, our simplicity and our respect for one another," he outlined.

"The characteristics I expected the Limerick senior hurling team at that time to espouse were; An indomitable will to win, A unity of the players, to the players, Passionate, 100% committed, Full of ambition, A continuous sense of learning and acquiring of skills, Strength and speed, Honesty, Modesty, Ruthlessness, Respect and Loyalty," he read.

Also in his one page vision, which he completed in the Autumn of 2016, was the type of Limerick hurler he was looking for...

"I grew up in a Public House in Galbally - growing up in a pub you acquire a certain skill set, if you are engaged in the practise of dealing with the customers. You develop a broad skill set in terms of dealing with people and if I was to pick out my strongest suit it is my ability to deal with people, manage people and cope with people and deal with difficult circumstances and that’s where I find myself excelling. That’s why I became a teacher because dealing with young people is something I really like doing," he explained.

A former Limerick hurler and footballer, John Kiely made the move into inter-county management in 2009-10.

"Difficult times for Limerick hurling back then. It’s wasn’t like it is now where there is a lot of optimism and support. There were a lot of challenges at the time and I wouldn’t change it looking back on it because those difficult days maybe shaped us and gave us a bit of resilience that we have found over the years," he recalled.

A Limerick intermediate manager and then U-21 selector-coach, Kiely was anxious to be involved when Limerick were putting together a new senior management for 2012.

Kiely became a selector under John Allen and together they guided Limerick to the 2013 Munster SHC title.

On his appointment as Abbey CBS principal, Kiely stepped aside for one season but returned as U21 manager - winning the 2015 All-Ireland.

"I was approached in late August- early September 2016 to know would I consider taking on the job and I took six weeks to deliberate whether I would, or I wouldn’t - a long time. I thought about waiting three more years because the players were quite young at the time and that would have been a big mistake in hindsight!," he smiled.

"I knew the challenge was going to be an immense one and test me as an individual like I had never been tested before. Those involved in Limerick hurling will be aware that success has been scarce and we had many different managers over the years and many different management teams and coaches and it hasn’t ended well for everybody - it has been a difficult road and I knew that was the road I was hoping to maybe alter its destination," he outlined.

"Luckily enough there was an appointments committee in place and they had a little bit of homework done beforehand and had some key players together. I was invited to a meeting to maybe discuss a potential core group of people who would be involved - Paul Kinnerk, Joe O’Connor and myself. I went to that meeting, having never met Joe, or Paul, before and these were the two people that I was probably going to work closest with for a subsequent number of years. I went into that meeting and the approach I took was that I was giving it an hour and if I feel these are people I can work with, we are going for it. I had a 60-minute window to make a decision and the decision would be made in the room to those people. We discussed a one page document - a vision I had put together over the six weeks as to what I felt a Limerick senior hurling team should look like and what a Limerick senior hurling management team should look like."

Little did they know in the Autumn of 2016, that it was a vision that would help Limerick end a 45-year wait for a Liam MacCarthy Cup title win.