Future stars to line out for Primary Schools Games 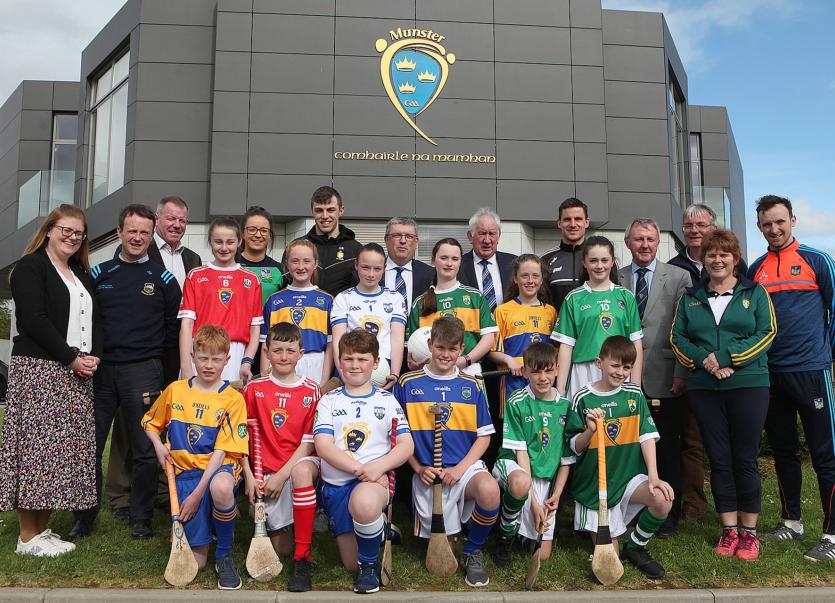 The Munster GAA Primary Game, which has been in existence since 1996, continues to make dreams come true for boys and girls throughout the province.

In total, 484 primary school pupils, all in Sixth Class, will line out in this year’s Munster GAA Primary Game. The introduction of the Round Robin format in last year’s hurling Championship saw the number of senior hurling fixtures in the province increase from 4 to 11.  The Munster Council has ensured that there will be a Primary Game match during the interval at each hurling tie.

Many of the marquee names who light up the GAA season have a treasured Primary Game jersey at home. Rena Buckley and Briege Corkery (who hold 18 All-Ireland senior medals each in ladies football and camogie) played together on a Primary Game football team.

Tipperary star Noel McGrath first wore the blue and gold of the Premier County in the Primary Game as did several of his teammates including his brother John and Ronan Maher.

Shane Dowling, Dan and Tom Morrissey, Aaron Gillane and Declan Hannon are just some of the stars of Limerick's All-Ireland winning squad who first wore a Limerick jersey in the Primary Game.

Of course, the Primary Game relies on the work of the many teachers who are involved in promoting Gaelic Games in all counties of the province through their work with Cumann na mBunscol. Almost 2,000 primary schools take part in Cumann na mBunscol activities throughout Munster, be it boys’ football, girls’ football, hurling, camogie or rounders.

The 2019 Munster GAA Primary Game was launched by Ger Ryan, Vice-Chairman of the Munster Council, in Áras Mumhan, Castletroy, Limerick, on Wednesday May 1st.