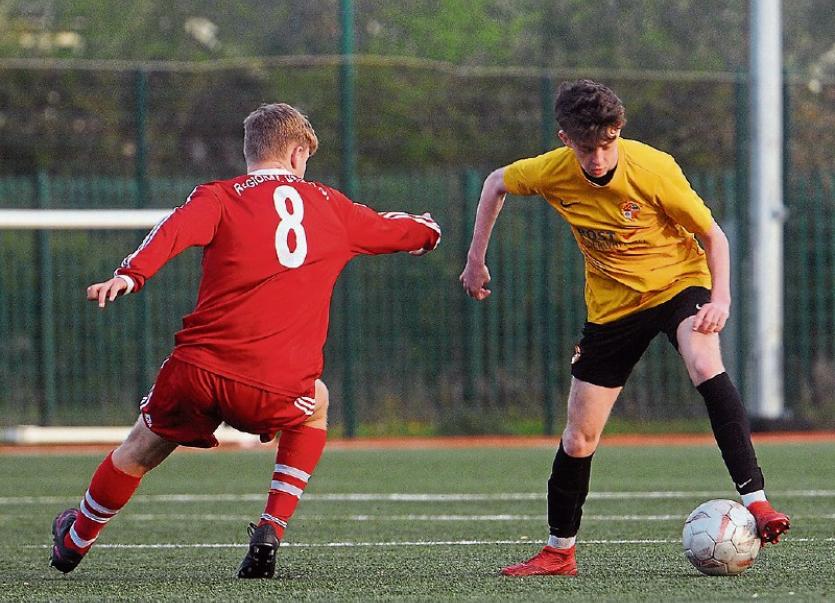 The fiasco that has become the FAI Junior Cup semi-final continues this week with Aisling awaiting either Regional Utd or Sheriff YC on either Saturday or Sunday respectively.

Regional Utd travelled to Dublin last Wednesday but issues 'behind the scenes’ mean they must make the trip again this week for a date with an arbitrator.

Waiting for the outcome are Aisling Annacotty. They have already vented their frustration with being given two days to arrange a fixture against an unknown opposition at an unknown venue and it is well founded.

Regardless, Aisling and Regional are continuing to prepare as best they can and both hope the wait will be over this week.

As stated last week it's impossible to review a game when we don't know which teams will be playing.

If Regional are successful the game will be played on Saturday evening. If not, Aisling will be on the road to Dublin to meet Sheriff on Sunday.

Meanwhile, the Division 2A Lipper Cup final is also scheduled for Saturday when Hyde Rgs take on Glenview Rvs.

Hyde Rgs were very impressive last Sunday winning the Division 2A League title with a 6-1 win over challengers Star Rvs.

It capped a superb league campaign for the ‘Claret and Blues’ and highlighted the strength of the squad assembled by Adrian Shine.

The Hyde manager would also be clever enough to know that Glenview Rvs will care little for the league champions progress and will have designs of their own.

They have had a poor league campaign by their own standards and are still mired in a relegation battle but with a full squad to pick from the County side are a match for any team so we may get a tighter game than some people think.

The Open Cup Final for teams from Divisions 3A, 3B and 4 is on Sunday in Jackman Park when Division 4 sides Fairview Rgs C and Lisnagry cross swords.

The sides met last Sunday when Lisnagry captured the League trophy with an exciting 3-2 win. They will meet again in the Divisional Hayes Cup final so will be well known to each other by season's end.

The battle for the Galtee Fuels Div 1A League trophy continues Sunday. Leaders by a point Coonagh, end their campaign with a trip to Castle Rvs who are fighting like dogs to avoid the drop.

Three wins on the trot have given Rovers a chance of survival when everyone else had them written off. They will make life as difficult as possible for Premier bound Coonagh Utd.

Mungret Reg, a point behind Coonagh but with a game in hand, welcome a Cappamore side drawn back into the relegation fight after conceding a walkover.

Mungret come into the tie as cup champions after defeating Moyross in the final of the O'Halloran Cup on Friday last and would love the chance to complete the double.

Fairview raised a few eyebrows with the manner of their win over Janesboro in the other semi-final last weekend and they await the winners in the final.

Pike have already played Celtic this season and won with ease, but the Hogan Park side have improved immeasurably since then.

Pike have a steely look about them lately and it's hard to see them slipping up but the Division 1B side will be hoping that the Hoops underestimate them enough to pay the price.

Lisnagry and Carew Park met in the final of the Youth Division Three Cup a couple of weeks back when Carew ran out 3-0 winners.

They meet again on Sunday in a League game that will surely decide the fate of the Ken Griffin Youth Div Three trophy.

The Youth Div Two Cup semi-finals are also scheduled for the weekend with Shelbourne hosting Caledonians and Caherdavin at home to Newport.

The three-way battle at the top of Div 1B will become much clearer after the visit of joint leaders Kilfrush to third placed Newport.

Today (Thursday) in Jackman Park Corbally and Caherdavin battle it out in the Under 17 Div Two Cup final.

The excitement generated at this level always make for an exciting game and this one should be no different.

In other action tomorrow, Newport and Hill Celtic clash in a vital game at the top of Division 1B.

A win for Newport would leave a three way tie at the top while a win for Celtic would make them favourites to top the table.

For more see #LLSport on social media platforms, such as Twitter.