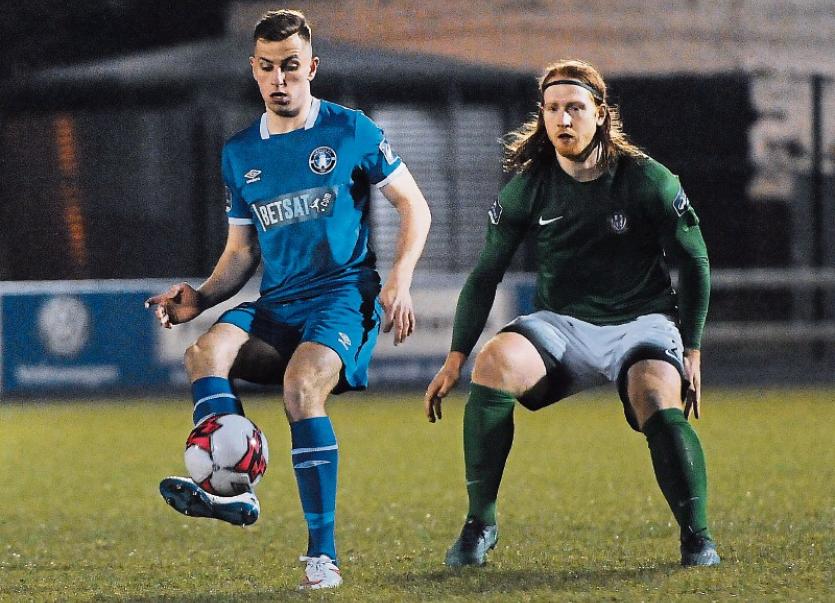 LIMERICK FC will be anxious to avoid a hat-trick of defeats in the SSE Airtricity League First Division when hosting Bray Wanderers at the Markets Field this Friday night, 7.45pm.

Limerick were left to rue a second half penalty miss as Shane Tracy’s spot kick was saved. The penalty had been awarded after Conor Ellis was upended inside the area.

The ‘Blues’ also finished Saturday night’s game with 10 players as Sean McSweeney was dismissed before Longford struck for the game’s only goal through substitute Dean Byrne.

Limerick had suffered defeat to a improving Shelbourne side in their previous outing.

Friday’s opponents Bray currently sit one place and one point ahead of the Shannonsiders in the table.

Limerick’s difficult run of fixtures continues beyond Friday night’s visit of Bray to Garryowen as the ‘Blues’ travel to Drogheda and Cobh on May 10 and 18 respectively.

Meanwhile, in the SSE Airtricity League under-age competitions, Limerick FC U19s lost out 1-0 to UCD in Dublin in the Southern Elite Division on Saturday.

In what was extremely blustery conditions it was difficult to find many occasions of quality.

In the opening half, Limerick came closest to opening the scoring when Michael Conlon who was adjudged to have been offside when slipped through in a one on one situation.

The tables turned somewhat, however, and in the second half UCD were on top, but just as Limerick were failing to create any chances in the first half, so too were UCD here.

Limerick could have taken the lead however only for decision making in the final third to have spurned the opportunities created.

In the final minute UCD found the only goal of the game with a well taken finish from the edge of the box curled low to the far side.

Limerick would count themselves unlucky not to have gotten something from the game. Their next fixture is on Saturday, May 11 as they travel to Waterford in a double header with the U17 side who are also in action.

The only goal of the game arrived in the 11th minute when UCD scored from the penalty spot although the home side believed any which was committed was outside the penalty area.

Elsewhere, in the National underage leagues last weekend, Limerick FC's U-15 side lost out 3-1 to Athlone Town at Hogan Park. The Blues' goal came courtesy of Paddy Kennedy, who scored from a Harry Fox corner.

In the U13 League, Limerick FC made it five wins on the bounce when beating Athlone Town 5-1 in Lisseywollen.